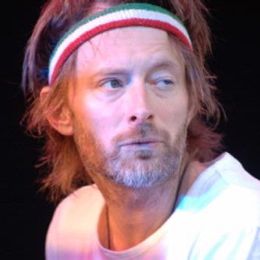 One of the major arguments being made by Radiohead conspiracy theorists as for why there is a King of Limbs, pt. 2 is the band’s noticable silence. With the exception of a rather uninspiring interview between the BBC and Jonny Greenwood, the members of the UK outfit haven’t made a peep since the album‘s February 18th release. Whether intentional or not, at least we know the band’s seclusion hasn’t deterred Thom Yorke’s lust for a DJ set. Last night, the Radiohead frontman delivered a surprise 90-minute set alongside dubstep maestro Flying Lotus at the Low End Theory in Los Angeles. According to At Ease, the setlist included selections from Burial, Modeselektor, Kraftwerk, Squarepusher, Madvillain, and Major Lazer, among others. He also apparently gave a shout out to Notorious B.I.G.

The And Into The Night Tumblr has a short video clip of Yorke’s set. We’ll post more clips and the setlist if and when they appear.