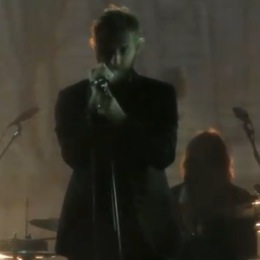 Bruce Springsteen of the 1990s was perhaps best known for his contributions to major motion pictures, and while “Streets of Philadelphia” and “Secret Garden” were both helluva good tracks, they also made for some rather annoying music videos. Click on the songs’ respective links and get ready for three-plus minutes of movie clips interlaced with random scenes of Bruce walking.

Which brings us to video for The National’s contribution to Win Win, “Think You Can Wait”. Again, good track, but apparently someone who’s been watching too much TNT at 11pm on Friday nights thought it’d be a good idea to mix clips of The National performing the track with scenes from the film itself. Fortunately, Sharon Van Etten makes an appearance, too, which kind of saves the whole thing.