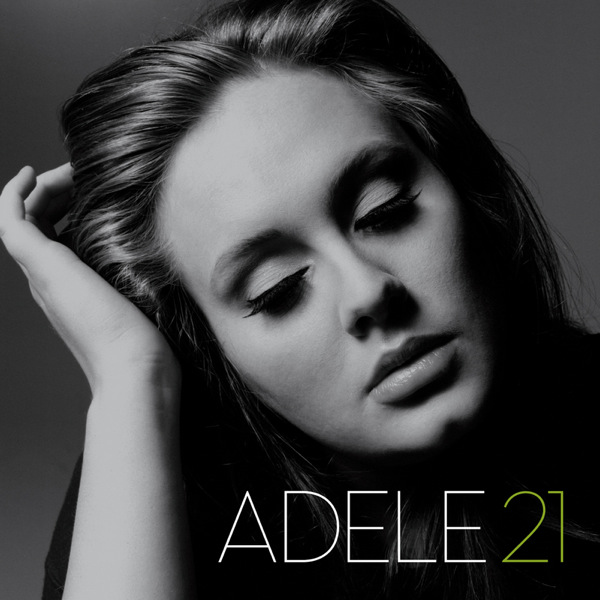 More often than not, the best writing comes out of moments of distress and depression. The easiest way to deal with that kind of pain is just write it all down, purge your system as best you can, and then hopefully move past it with little damage to your liver or nervous system. In the hands of some of the best lyricists, these mental excretions can become some of the most heartfelt, heart wrenching, and heart stopping songs.

Even better is when those words get put into the hands of some of the best performers. What good are those amazing words if they aren’t set against a dynamic sonic landscape with a vocalist singing their heart right out of their chest? Adele is easily one of those kinds of performers. At the tender age of 22, she has the vocal soul of someone twice her age. Her voice comes from a fiery and honest place that can quickly take the listener by the reins and lead them close at heel with her. On her sophomore album, 21, Adele channels real emotion and blasts through sincere ballads and angry rockers with few missteps.

Like her first album, 19, Adele sings of lost love and broken relationships on 21. She states in interviews that they are about different loves, but there is a similar feel to both albums. She is able to avoid the pitfalls of sappiness and triteness that can easily come with the lovelorn, and instead comes across as mature and headstrong, though maybe a little lost. The songs are moreover a dealing and sorting of thoughts rather than a definitive statement on the listlessness of post-relationship traveling. Songs like opening single “Rolling in the Deep” and the why-isn’t-it-playing-everywhere rumbler “Set Fire to the Rain” show Adele at her strongest and most open.

“Rolling in the Deep” is the perfect opening track for the album. The quiet, muffled, and steady opening guitar line fits like a glove under Adele’s raspy alto voice. She booms, “There’s a fire starting in my heart, reaching a fever pitch and it’s bringing me out the dark.” A fantastic bass drum kicks in just in time for your stomping foot and popping hips to get revved up to Adele laying her hand honestly, “the scars of your love remind of us. They keep me thinking that we almost had it all,” which leads into the chorus of, “We could’ve had it all. Rollin’ in the deep. You had my heart and soul in your hand and you played it to the beat.” The beat drives and stomps you into a frenzy. The Supremes-esque backing vocals complement the banging piano and jangling tambourine, while Adele lets her voice loose; the best thing for her to do to her voice.

When Adele is allowed to loosen her own reins and wail, she knocks it out of the goddamn park. “Set Fire to the Rain” is one of 21’s angrier tracks, and it goes over like gangbusters. The escalating pre-chorus with Adele singing, “there’s a side to you that I never knew/All the things you say, they were never true/And the games you play, you would always win,” can’t prepare you for the heart-quickening chorus. The music all drops out to expose Adele as she belts, “I set fire to the rain/Watched it burn as I touched your face/Let it burn as I cry cause I heard it screaming out your name.” The chorus’ hooks are crazy catchy, and by the final one Adele releases and her hurt slips through the anger to give you a damn real and forward show of emotion. I’d imagine seeing this song live or in a stripped down setting would make one bawl like a child. You’ll want to pump your fist and pound your chest. That’s a guarantee.

As good as these songs are, along with “Rumor Has It” and “I’ll Be Waiting”, the album suffers from a somewhat uneven feel overall. The track order just seems off. The opener and “Rumor Has It” are James Brown-soulful, and the rest of the tracks are slow jazzy ballads. You can feel some restraint in the songs, as well. Adele should be allowed to really release, allowed to actually lay her cards all out on the table. As it stands, 21 is a good album that shows the world Adele’s talent, but one that is just a precursor to bigger and better things. If the hints that are heard here and there throughout the album are any indicator, her future albums are going to blow pop music on its ass. Pop music should take more cues from Adele and this album, and less cues from other soul-wannabes/more-dancehall-hits like Duffy or Amy Winehouse. Adele should be the future of the radio, and in the near future she will be.