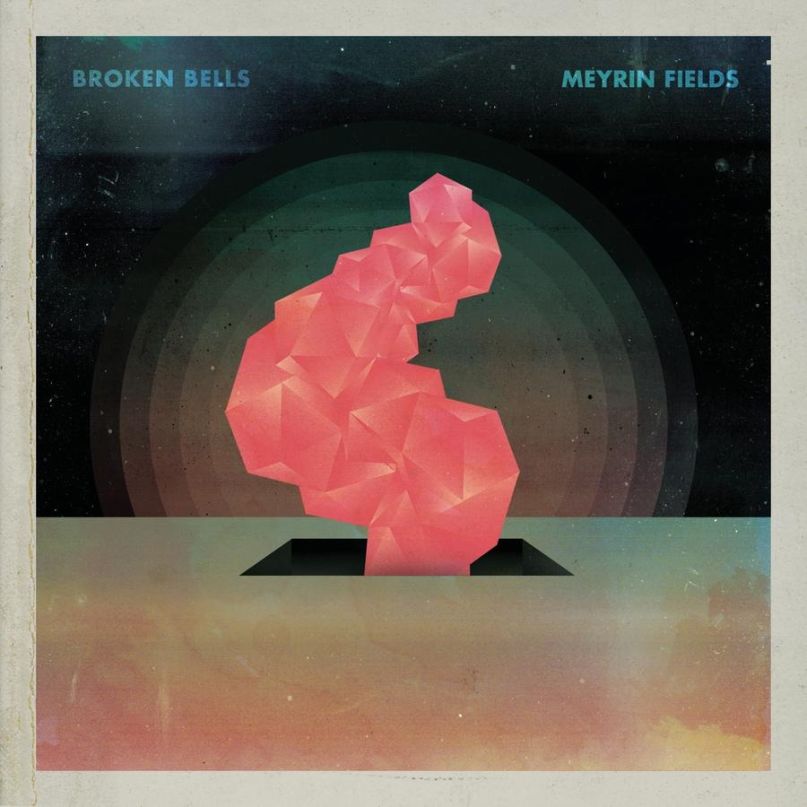 Forgive me for perhaps lending too much weight to intent, but I don’t know what Broken Bells have been trying to do here. It seemed like as early as 2008, James Mercer’s Shins day job was burned out or at least deeply dormant. It’s documented that Mercer was at an impasse with his fellow band members, aiming to tour less and do more in the studio than his longtime band mates were ready for. And if there’s anyone who can match, if not surpass, any indie musician today in prolific, virtuosic studio work, it’s Danger Mouse. So it’s only right that their side project together has resulted in several singles, a full-length, and, most recently, the Meyrin Fields EP that is no doubt the first in a series of B-side and alternate-take troves of smooth, airy grooves. And as much as I hate to say it, those grooves are, at times, hot air balloons of anemic flow, and when pop music history is written about the last few years of music, Broken Bells will be, at most, an incidental footnote.

So what’s all this work for? As nice as the sounds are, the lyrics and song structures are just…bland. Like they were tailor-made for a Gap store. Make that an elevator in a brightly lit Gap store. It’s music for the waiting room for the elevator in the Gap store. More plainly, it’s anesthetized studio-nerd work. Putting any soul or feeling into this music didn’t seem to be a consideration for Mercer or Burton. There’s absolutely nothing to hook me here. Nothing makes me perk up and take notice. It makes me wonder if this was just a studio vanity project all along. On All Songs Considered last March, a chat with Broken Bells revealed that the duo recorded its self-titled and the source material for the Meyrin Fields EP in those clinical surroundings…literally. Their recording studio was surrounded by doctors’ and lawyers’ offices. If this doesn’t contribute to the subdued, fluorescent sound of the recordings, I don’t know what does. It makes me wonder, then, if Burton and Mercer’s intent really was to do something different, something more engaging. I’m tempted to conclude that they were victims of their surroundings. After all, an album, while easy to incorporate into the listener’s own life, is a capturing of a time and place for the performers as well. It must have been a time of bland yuppieness for Broken Bells then, because this sounds eerily like “indie music,” whatever that is anymore, sanding itself down and selling itself out.

And you know what? There’s absolutely nothing wrong with a sedate, chill, semi-funky record seemingly trained towards appealing to the masses or its auxiliary EP. But a record from two talented guys who are known for their uptempo music should be at least a little invigorating and moving. It should make you restless. Not because we have to pigeonhole these guys or because we’re entitled to have them do what we want, but because it simply plays to their strengths, and I’d like to hear Broken Bells at its strongest, not nestled into mediocrity.