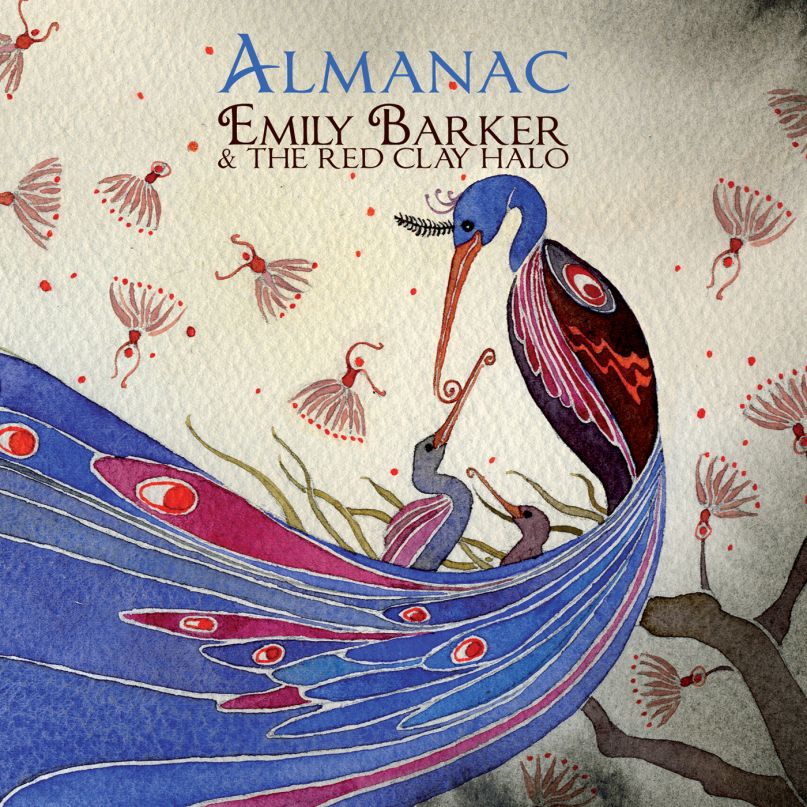 Australian-born Emily Barker who now plies her trade in the UK is best known for her song “Nostalgia”, the theme for a British TV adaptation of the Swedish Kurt Wallander novels. Without the Wallander connection, Barker with her fab trio of Gill Sandell, Anna Jenkins, and Jo Silverston, who all make up The Red Clay Hero would find it hard to raise themselves above the parapet. That is no criticism of their music, more an observation on the state of the music industry. With it, well, who knows.

Almanac is the quartet’s third album. It has an arresting cover; a watercolour by artist Daniela Terrazzini that captures the vibrancy of life yet suggests the shadow of darkness is close by. It’s a hard act to follow but Almanac lives up to the graphics, delivering beauty and truth in equal measure. Musically, it shows a developing maturity; the kind that comes from the getting to know you of gigging and the mutual respect of equal peers. It’s rooted in traditional folk but embraces influences from classical to contemporary.

Lyrically, hope and renewal are steady themes but there’s also a broader canvas that extends to historical material, heartbreak, fellowship, and communion with nature. Barker’s songwriting is set in the folk tradition but her vocal command goes way beyond usual folk boundaries. Her voice rises and falls like the wind, has moments of fragility matched by strength and will. As a writer, she has the skill of setting bitter-sweet recollections beside sparky melodies and rhythms that suggests she’s moved on. Opener “Billowing Sea” demonstrates this perfectly: you can tap your feet to a line like “Don’t know why I held onto something that’s been broken for so long.” Equally, she can turn her hand to documentary narratives as in “Witch Of Pittenween” and “Bones” and play a straight bat.

There’s hardly a weak song here but several stand out: “Billowing Sea”, the lilting “Reckless”, dreamy “Pause”, rolling “Calendar”, and the consummate ensemble work of “Little Deaths”. The instrumental interplay is a delight and when all four come together and harmonise it’s pure ambrosia. Recommended.