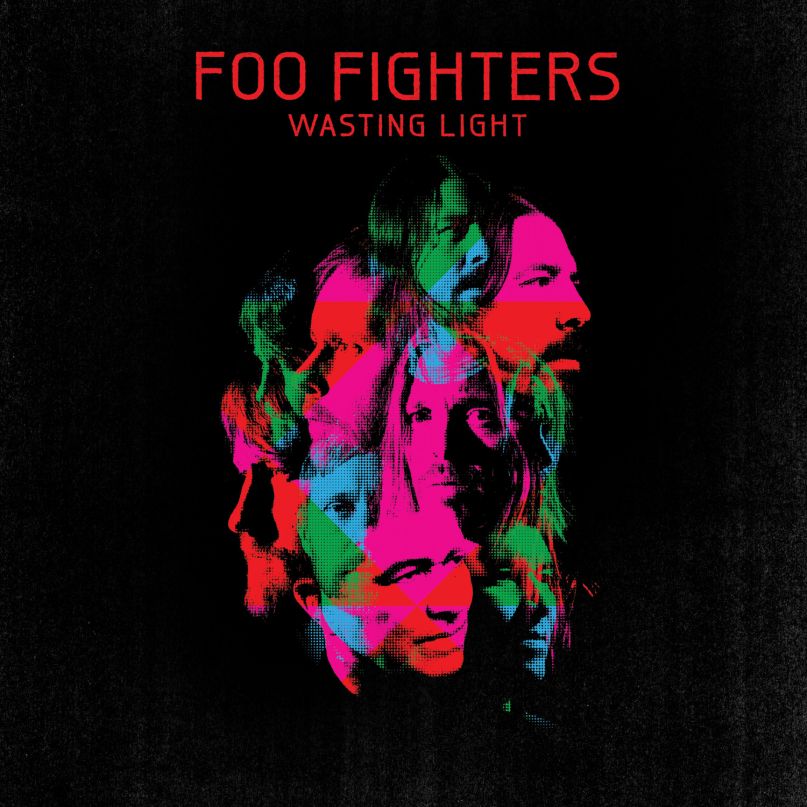 We’ve seen it on YouTube, and for some, it’s been seen in 3-D on the big screen. After a two-year hiatus, Foo Fighters return as a five-piece to tout a ruckus of a new record, Wasting Light. So far 2011 has been the year rock makes a comeback, and it’s been nice to have it back. For as much anticipation as Wasting Light has been given, thanks to the huge promotional push, the reality is exactly what is to be expected from a Foo album: solid, no-frills, modern rock. Sounds refreshing, doesn’t it?

In many ways, the album represents the band in a midlife crisis: the return of Pat Smear, the use of analog tape, and recording in a garage. It comes across as a general effort to get rid of the excesses of 2007’s Echoes, Silence, Patience, and Grace and 2005’s In Your Honor. So much of this story begins to sound a bit gimmicky: a return to the band’s roots in a DIY fashion with appearances from old friends, while quietly keeping the record label in the background. But really, it isn’t a gimmick at all. Foo Fighters are at the top of their game and got there in a no-bullshit way, so there wouldn’t be a point or need for that kind of facade. How do we know? Because even at the top, Dave Grohl really just wants to scream his balls off.

Looking back, the last two Foo albums were as grandiose as you could get, what with an eight-piece touring band, dramatic stringed song intros, and a soft rock acoustic record. That was a world away from the Foo Fighters of 1995, and yet that’s exactly what propelled them to be one of the few remaining arena rock bands left. Having that natural ability to make bombastic rockers and melodic, modern tracks actually good is not an easy feat, and yet Grohl and company make it so.

When it comes to the sound of Wasting Light, even with the return of Pat Smear, not too much has changed. Foo Fighters are still the same band making the same kind of rock. What they have done, however, is taken the heaviest and hookiest material from the past decade and condensed it into one album. Wasting Light has cornered the kind of ideas that make up the best of the band’s catalog in an earnest attempt to go as big as possible, while staying relatively grounded.

The album spreads this out though, which makes for a solid listen all the way through. Hooky and heavy as hell was the intention here, and it makes for some of the more quality rock moments heard in recent memory. Album opener “Burning Bridges” catches attention spans real quick. After the dust settles, the chorus levels the track out with harmonies, which eases the wall of guitars. This kind of material is radio rock gold, but it’s never cheap.

All that time with MotÃ¶rhead’s Lemmy Kilmister pays off on “White Limo”, the band’s ballsiest track since “Watershed” off their debut record. Hair-raising screams that could only come from Grohl are laid on thick as chords are hammered out loud and furious. Beyond that, retro harmonies and hooks are highlighted by big melodic choruses; “Rope” being a prime example. Hawkins and Grohl’s harmonies with overdriven 90’s alternative guitars make for one of the catchier tracks on the record. The breakdown with the guitar solo finish keeps it in classic Foo form, too.

One thing to take note of is that, uncharacteristically, there’s not one ballad to be found on this record, which is a first in a long time for the band. “I Should Have Known” does get close to ballad territory, strings and all, but the dense bass kicks into gear, thanks to Krist Novoselic, for the last minute of the track, making it memorable, and saving it from getting too cheesy.

On the whole, Wasting Light stays true to its word, sticking heavily to the melodic rockers that Foo Fighters can’t get enough of. “These Days” and the Bob Mould-featuring “Dear Rosemary” remind listeners that the Foos still enjoy radio play and top-40 status with big melodic riffs. “Back and Forth” is as catchy as a Foo track gets with a throwback to Nirvana on the pre-chorus segment before the sing-along chorus kicks in. This formula, to be rough but safe, has been a mantra for Foo Fighters since There Is Nothing Left to Lose. This has resulted in some of the redundancy that occurs in their music. The redundancies on Wasting Light do not equate to filler by any means, though, as proven by “Walk” and “Miss the Misery”, the latter building up for Grohl’s screaming finale as he belts, “I never want to die.”

The truth is that consistency is a way of life for Foo, giving us a kind of modern rock that’s tangible, agreeable, and, most importantly, genuine to the band. On this, their seventh LP, the band has musically plateaued in their sound, only they keep climbing to bigger and better places, simply because they continue to hone in on what has made it work over the years. To date, the Foo Fighters have never tried to reinvent the wheel, per se; they just want to keep it rolling. And that’s just what Wasting Light does. For that purpose, Foo Fighters give us a solid record from open to close. The drought is over. Rock is back.