The Weeknd – House of Balloons 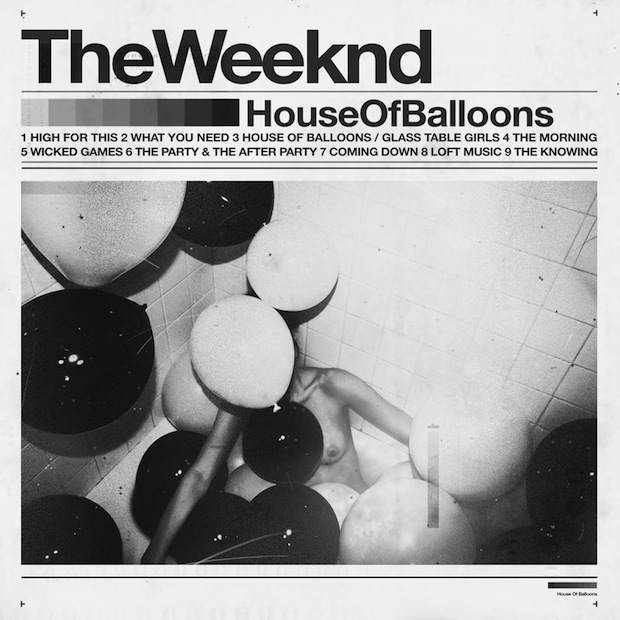 The Weeknd arrived as if out of nowhere, with no tags or bio attached to them–a mysterious R&B group that we knew were from Toronto and, judging from Abel Tesfaye’s self-detesting, melancholic lyrics, we could assume were getting over recent heartbreak. Thanks to Toronto’s biggest sensation, Drake, who posted a few of their tracks on his OVO blog, the Weeknd exploded into the blogosphere, garnering the respect of self-indulgent hipsters, mainstream R&B fanatics, and indie kids alike. It’s rare for the r&b genre to be labeled unique or unorthodox these days, unless you’re How to Dress Well, but with the Weeknd’s debut mixtape, House of Balloons, they bring to the table the most interesting, depressing, and drug-infested R&B record in years.

The Weeknd’s originality reaches far beyond the nature of their dope, electronically infused, bass-heavy beats, merging the hip-hop genre with the current sampling fixation that so many underground DJ’s employ these days, whether Hard Mix or James Blake. The spaced-out, heavy synthesizer resonance that Drake fixates on is there as well on tracks like “The Party and the After Party” and “The Morning”. Though the production from Don McKinney and Illangelo is sufficient enough to keep House of Balloons on repeat, it’s Tesfaye’s lyrics that help separate the Weeknd from other contemporary R&B outfits. The drug discourse is ample, with opener “High For This” introducing the party lifestyle Tesfaye partakes in and “House of Balloons – Glass Table Girls” referencing cocaine on oh so many occasions. What makes The Weeknd so painstakingly real are the issues Tesfaye is discussing here. He’s not praising drugs like so many other artists in his genre do; he’s telling us the opposing side that no one dares mention: the overdoses, the cravings, the gloomy emptiness that ensues.

Halfway through House of Balloons sits what most are referring to as the album’s centerpiece, the hard-hitting “Wicked Games”; this song alone is worthy of making you feel remorseful. “Bring the love baby, I can bring the shame/Bring the drugs baby, I can bring the pain.” Tesfaye is aching for love here, even if it isn’t real love, and that takes a lot of guts to proclaim for someone who’s so new to the music scene. In an R&B market that is overly generic and dull, The Weeknd have brought something much more, something much needed: something real. Kudos.