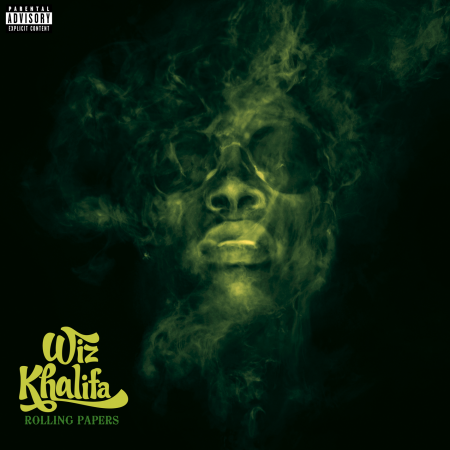 The mixtape marks the dawn of a new era in hip hop, an era when any rapper can throw their own verses on other rappers’ beats, when an artist’s main objective is to gain more followers, become widely known, get a record deal– essentially, to make it big.

For some rappers, it has helped significantly: Where would Das Racist be without Shut Up, Dude? Where would Chiddy Bang be without The Swelly Express? Or Big K.R.I.T. without last year’s K.R.I.T. Wuz Here? Though all of these rappers have found fame, and while it may be limited to hipsters and net surfing bloggers, none have hit the mainstream – at least not with a single that receives as much radio play as Ke$ha or Lady Gaga.

Let’s be honest here. Last year, when he signed to major record label Atlantic Records after years of putting out music through independent Rostrum Records, Wiz Khalifa seemed destined to eventually be labeled a sell out. Then “Black And Yellow” came out, and Khalifa’s avid followers, who have been with him since 2006’s Show And Prove, were certainly nervous that it entailed his complete departure into the mainstream. With a song THAT catchy and pop drenched, it would be hard for Khalifa to ever top it, and as so many before him, he would drown trying to remake another pop gem that would identify him. Or would he?

The jam’s predecessor, the formidable Kush & Orange Juice (his eighth mixtape in five years), had already helped push Wiz Khalifa into the homes of even mainstream rap enthusiasts, a mixtape that helped him become a household name. “Black And Yellow” merely provided a very necessary push. Now he had the attention, but it was up to him how he would use it.

To the relief of his fans and rap aficionados everywhere, Wiz Khalifa’s debut for Atlantic, Rolling Papers, continues down the trajectory of the aforementioned Kush & Orange Juice. Yes, there are some poppy tunes (“Roll Up”) that certainly assist his rise to the mainstream. But Rolling Papers also consists of some straight-up, grimy ass anthems (“On My Level”) and affectionate weed ballads, or in other words, the kind of stuff Khalifa has been putting out all these years. As a whole, I dare say it’s one of the most enjoyable records he has ever put out. As so many have been proclaiming since its release, Wiz Khalifa is made for the big time, one of those rare rappers like Kanye or Lil Wayne that can have followers in every spectrum.

Like Pusha T, Rick Ross, Ye or Hova, Khalifa has a signature method of spitting, with a certain inflection in his voice that you know could only be his. Like them, his lyrics are affluent in drug discourse and tales of an observant partying life style. He obviously has a fondness for weed, but unlike Kid Cudi or Snoop Dogg, his adoration for blazing isn’t the most prominent topic that strikes you on Rolling Papers. Not since 50 Cent has a rapper so praised his independence, his ability to make a mill on his own via the strength of his mixtapes, and without the help of a record label. Even 50 had Em and Dre to back his debut, and he was nowhere as prolific as Wiz at the time he dropped Get Rich Or Die Trying. On Rolling Papers, Khalifa accredits his fame to himself, and rightfully so.

One of the highlights on Rolling Papers – aside from “Star Of The Show” and “Black And Yellow” – is the dreamy personal cut, “The Race.” Here his rise to fame and inclination to stay independent is thoroughly demonstrated: “I’m in a race and taking the winner’s place/No foot on the brakes/One of the best, homie that’s what they call me/It’s lonely at the top, ain’t no company so/Now I just stunt on my own, now I just stunt on my own.” Rolling Papers may be Wiz Khalifa’s studio debut and his breakthrough record, but as far as mainstream rap goes, it’s far from it.