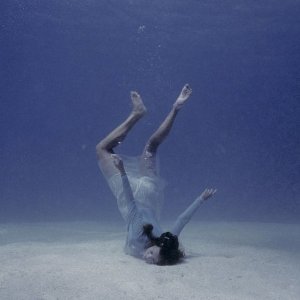 Webster’s defines shape-shifting as the ability to change form or identity at will. It’s the process of being one thing and transforming into another; mathematically speaking, it’s starting out as x and becoming y. There are several references to it in popular culture, from chameleons blending into their environment to Mystique from the X-Men. And then, it also appears in our beloved music scene. Most recently, Young Galaxy‘s third full-length, Shapeshifting, could easily be deemed a denotation of this phenomenon. It finds the Montreal-based trio undergoing a massive change in musical direction, starting as one thing, now returning as another, a certain “shapeshifting” of sorts. The result is easily their most likeable and accessible record to date.

On their sophomore outing, Invisible Republic, Young Galaxy toyed with shoegaze, dream pop, and progressive rock all at once; they wrote soft, cooing ballads and constructed larger-than-life structures. A lot of the time, the songs worked out well, but the general consensus was that it was a bit too much, that they were trying a bit too hard. The difference between lead vocalists Stephen Ramsay and Catherine McCandless felt abrupt, and at times it didn’t feel like you were even listening to the same band. This could very well be the reason why the band had never taken off on the Arts & Crafts imprint. On Shapeshifting, their first album for Paper Bag Records, Young Galaxy have found a sound that lives up to McCandless’s compelling voice (it seems Ramsay has been reduced to a secondary role, save for opener “The Angels Are Surely Weeping”), and it provides an overall sensation very unlike their first two attempts.

Upon completing Shapeshifting, the trio sent it to Dan Lissvik – one half of the esteemed Gothenburg-based electronic outfit Studio – and gave him permission to recreate and add wherever he saw fit. Though what we hear is only the finished version, it’s fairly easy to decipher what Lissvik implemented, preserving the dream pop infrastructure that is Young Galaxy whilst involving fragments of disco, new wave revival, and synth-amicable electronica, completely obliterating the shoegaze from the group’s motif and introducing them as a brand-new outfit. Whether this new sound was entirely perpetuated by Lissvik is impossible to tell, but fans of Studio will argue that Shapeshifting has his signature electro styles all over it, and it appears they would indeed be making a valid argument.

Hardline supporters of Young Galaxy might be a bit perplexed at the uplifting, even danceable, ethos existent on Shapeshifting. The outfit assimilates gypsy tambour, distorted vocalization, echo tracks, grimy bass everywhere, and electronic influences that hitherto wouldn’t have mixed. “Cover Your Tracks” can also be dubbed “Heartbeats Part II”, sharing the same tropical steel drum complexion and bass lines as the classic Knife original. Tracks like “B.S.E.” and “We Have Everything” have a focus on bass, dreamy synths, and electro-pop resonance; there are hand clap samples and a hint of that post-Animal Collective psychedelia similar to their colleagues from Montreal, Braids. But also along these lines are solid electric guitar riffs that fall into place like a piece in a puzzle rather than appearing conspicuous as they have on prior occasions. Most notably on highlight “Peripheral Visions”, the groovy nu-disco sounds and ambient bearings blend well with these riffs, as Ramsay and McCandless play off each other and end in unison.

It would be safe to assume that Young Galaxy are fans of Dan Lissvik’s production (he did a stellar job with Taken By Trees’ East of Eden) to have handed him an entire finished production and given him the authority to revamp it in whatever fashion he wanted. Lissvik acts here more as a collaborator than a producer, a guest artist who shapes the music as much as he polishes it. Arts & Crafts must be weeping after hearing Shapeshifting; not that the band’s first two records weren’t great, but this is likely to reach out to a larger demographic and is certainly more pertinent in an electronically consumed indie scene.