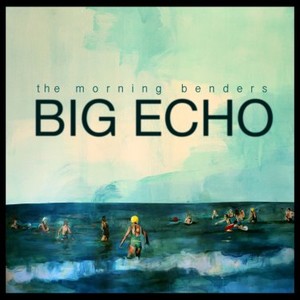 Rarely does life afford one a second chance. Most folks only get one shot to wow someone they’ve just met and projects and creations put out into the world are judged as is. Thankfully, this is not the case for music. With everything from album reissues to track remixes, music is one of the few areas in culture where you can easily tact something extra onto the overall  statement. Case in point: The Morning Benders. Adding to the wonder of their dream-pop LP Big Echo, the Berkley-born, Brooklyn-based outfit has released a song cut from the album entitled “Oh Annie”.

The track, released by the band on Twitter, was described by frontman Chris Chu as being written “after watching Annie Hall for the 100th time”. Along with the stellar description, Chu added, “My only regret with Big Echo is that this song wasn’t on it.” While it’s without the neurosis of Woody Allen, the heartache is abundant throughout the slowed, waltzy tune. Like Allen’s best cinematic moments though, there’s a underlining joy and brightness to the utterly depressing statement of pain and confusion.

Check out the track below. The band also recently released an EP to benefit Japan’s recovery efforts, with info on that here.