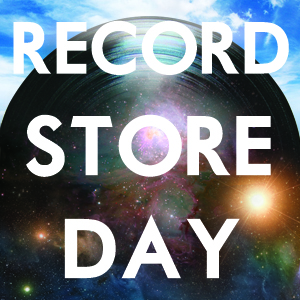 On the third Friday of every April, vinyl enthusiasts have trouble sleeping. Some may be tossing and turning in their beds as they sweat with anticipation, while others are simply at their record store already waiting. Because come Saturday morning, they’ll get their grubby hands on all the exclusives they’ve been penciling in on their notepads for the past two months. Suffice it to say, Record Store Day is pretty important to anyone who owns a record player…and actually uses it on a day-to-day basis.

For the past few months, Consequence of Sound has been following this day religiously. Between updates on Radiohead UK-only exclusives to lost albums by Big Star, we’ve run by the gamut of releases and collected them all for your shopping pleasure. We’re excited, no doubt, but also tired. That’s why we teamed up with our Axis of Audio compadres Rock It Out! Blog and Some Kind of Awesome, along with Long Island’s Looney Tunes record shop and the founders of Record Store Day, to throw an official after-party for everyone.

After heating things up for us down in Austin, TX, Aly Spaltro, aka Lady Lamb the Beekeeper, returns to headline the event. She shares the bill with other fellow NY artists like The Kickdrums and Midnight Spin alongside Kentucky psychedelic indie-rockers The Pass. So, if you’re looking for a place to brag about your grabs, maybe even do some trades, and/or just let loose (like us), then head on over to NYC’s Fontana’s located at 105 Eldridge Street. The whole thing runs from three to seven p.m. and will cost ya 10 bucks. 21+ only please. Follow us @coslive and @cluster1tv for updates on special VIP access.

If you’re coming, though, let us know!

The official website for Record Store Day 2011, RecordStoreDay.com has information on all of this year’s exclusive releases and participating record stores. While you’re there, also be sure to pick up your official Record Store Day merch.

Located in West Babylon, NY, Looney Tunes will be selling a number of RSD exclusives, as well as hosting in-store performances. For complete details on their Record Store Day plans, visit their website.