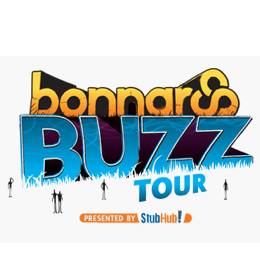 Grace Potter and The Nocturnals have one busy summer ahead of them. In addition to a handful of tour dates, theyre playing several major festivals, including Wakarusa, Hangout, and Dave Matthews Bands Caravan show in Atlantic City. Now theyre taking one of those fests on the road as headliners for the newly announced Bonnaroo Buzz Tour.

Things kick off May 17th in Asbury Park, NJ, and stick to the eastern half of the States from there. Baltimore, Little Rock, Knoxville, Raleigh and Cleveland get shows before Charlottesville, VA and Charleston, WV get last dibs. Supporting acts vary depending on location, and are marked accordingly on the schedule ahead.

According to Bonnaroos website, In celebration of our 10th year, Bonnaroo Music & Arts Festival is taking some of the most talked about buzz bands on the road as they make their way to our farm in Manchester, TN. The problem? Besides Potter, none of the other acts are actually on the Roo bill at this point. Are these hints at first-round additions? Well find out when theyre announced officially on Thursday. Tickets for the Buzz Tour go on sale Friday and, in addition to Grace Potter and The Nocturnals other dates, the tour info is below.