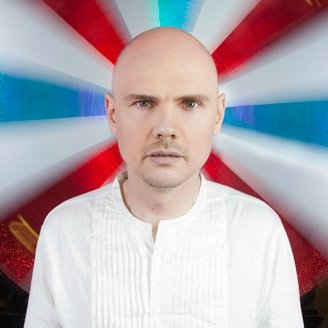 As one of the darlings of the early ’90s alternative scene, The Smashing Pumpkins, as led by frontman Billy Corgan, have made a career of pushing the boundaries of what’s possible sonically. As other bands joined the fray and layered multiple influences upon each other in a rather Pumpkins-ian way, Corgan and company sought additional means to make the band stand out.

The boldest step Corgan may have ever made is the introduction of the Teargarden by Kaleidyscope album. Made up of 44 songs, the effort would be, according to Corgan, “a new kind of album…you can hear as it’s being made.” And to further develop the concept, Corgan announced in a video posted on the band’s Facebook the next step in the series, along with a slightly more traditional marketing ploy: tons and tons of reissues and the release of an “album within the album.”

According to Corgan, he and the band have been in talks with EMI for the last decade or so negotiating a way to release material they own along with the label’s property. Because of that hard work, Corgan and the group now have the rights to release material “any time we want, any way we want.” That means that at literally any point, the band could drop free songs, demo cassettes, concert footage, and much more.

For now, though, EMI will be reissuing two albums, 1991’s Gish and 1993’s Siamese Dream, along with the collection of B-sides released by the band in ’94 called Pisces Iscariot. These will all be remastered, given extra tracks, and should be available by Christmastime. Then, scheduled for a similar treatment in 2012, 1995’s Mellon Collie and the Infinite Sadness, 1998’s Adore, and 1996’s expanded singles collection The Aeroplane Flies High will all be reissued. The plans don’t stop there, though; for 2013, and by far the most exciting news for die-hard fans, both Machina/The Machines of God and Machina II/The Friends & Enemies of Modern Music will at last be “put together finally in the correct running order” and re-released. Corgan also noted that there may be remixes of songs, but nothing definitive had yet been established.

As for the new material, Corgan says that a new effort, entitled Oceania, will be an “album within the album” (insert industry-mandated Inception joke). While it’ll be a standard album, which Corgan had said was all but “dead” in the past, it’s still a part of the Teargarden by Kaleidyscope series. The LP, which is mostly written already, will be nine to 11 songs, all set to be recorded throughout May to July for a tentative September release. No word yet on when any material from that session might pop up, but Corgan also confirmed that “Owata” will be the next track to surface off Teargarden by Kaleidyscope as early as the beginning of next week.

Last, as if fans hadn’t already gorged themselves enough, Corgan also made mention of possible touring plans for August in Europe and/or the U.S. As always, stay tuned for updates and additional info on all these developments and more.