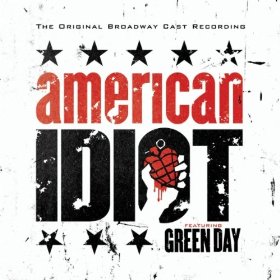 If only Bono could be so lucky. While the hugely successful stage adaptation of Green Day’s 2004 rock opera, American Idiot, is set to close the curtain for the final time on April 24th, it seems as though another door has opened for Billy Joe Armstrong & co. Reuters is reporting that Idiot, which has officially gone six-times platinum in the U.S. alone – is now going to be made into a movie.

Universal is reportedly in talks to pick up screen rights and has even hired Michael Meyer – who directed the stage version of the album – to sit in the director’s chair for the film adaptation. Milk screenwriter Dustin Lance Black is rumored to be in discussions to write the screenplay, but what looks more promising for the success of the film is the involvement of none other than Mr. Forrest Gump himself, Tom Hanks.

This is of note because Hanks and his business partner, producer Gary Goetzman, are the founders of Playtone, which has produced flicks like Cast Away, My Big Fat Greek Wedding, and Where The Wild Things Are. They are also the production company behind the recent screen adaptation of Mamma Mia!, which has grossed over $600 million dollars worldwide.

More specific details on the plans for the American Idiot movie aren’t yet available, but The Toronto Star says that Billie Joe Armstrong – who is playing the role of Idiot’s protagonist, St. Jimmy, during the stage production’s final weeks – is rumored to perform the same role on the big screen. More details as they become available, but here’s a video of the thespian Armstrong to hold you over in the meantime.