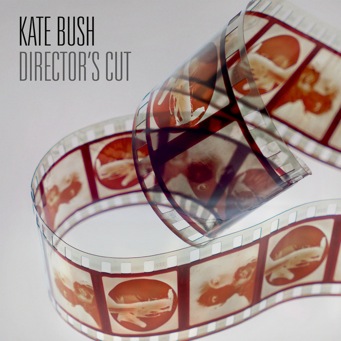 Earlier this month, when Kate Bush released the first single off her new album, Director’s Cut, many fans didn’t know what to think. The album is billed as an 11 track selection of fully-revised songs from her now classic albums The Sensual World and The Red Shoes released in ’89 and ’93 respectively. The first single, “Deeper Understanding”, has been called “prophetic” in its topic of computer addiction and was a natural choice for the first track to be released from this project. The drastic changes to the track are unusual at best, including heavy vocal modification and a perplexing, low-key breakdown that extends the song by two minutes. However, now that the video for “Deeper Understanding” has been released, the picture has become much clearer.

The video adapts the song’s core plot – a person becoming addicted to a program called “Voice Console” deeply, emotionally attaching themselves to it to the point of separation with friends and family. Robbie Coltrane, best known for his work in Harry Potter as Hagrid, plays the computer junkie who leaves behind his wife and two sons to escape with the program. In the video, Voice Console is a pair of feminine lips on a screen (Bush’s son Albert) with an eerie inhuman blackness behind them – think no teeth. The program spouts hallucinogenic wave forms that cast Coltrane into a state of euphoria. When the family finally steps in to disable the sinister program, Coltrane turns on them and in his withdrawal things get very dark and strange. No spoilers, but it involves Noel Fielding of The Mighty Boosh.

What’s perhaps most shocking about the video, is that the new version of “Deeper Understanding” plays out like it was made specifically for the purpose of this video. Strange audio elements of the single now make complete sense as the events unfold. The vocal modification seems more appropriate, audio glitching is tied to an important visual cue, and the extended break down is paced to the video’s climax. Bush is the video’s director, so if the new draft of the song was crafted specifically around this video concept it would make sense.

Ever the perfectionist, Bush has been directing her own videos since early on and with them she’s produced some stunning visions. From the cinematic “Cloudbusting” to the powerful tearjerker, “This Woman’s Work” — a Kate Bush video is an event. Her previous album, Aerial, had only one video, “King of the Mountain”, and sadly, it didn’t measure up to the precedent she’d set. “Deeper Understanding” does. It’s a Kate Bush video through and through – cinematic, transfixing, and a beautiful oddity. If this video is any indication, perhaps the album’s title means a bit more than song revisionism.