Watch: TV on the Radio plays Live on Letterman 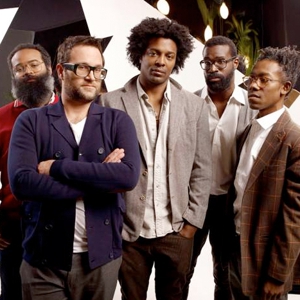 Say what you will about his choice of musical directors, but David Letterman’s got a knack for picking great bands for the Late Show with David Letterman‘s concert webcast series, Live on Letterman. While April 12th saw the Foo Fighters do their best Beatles, tonight’s edition features Brooklyn’s TV on the Radio taking the stage at the Ed Sullivan Theater. To get down on the sweet sounds of the group in the comfort of your own abode, check back here beginning at 9 p.m. EST. And if you’re in need of some visual goodness from TVOTR until then, make sure to check out the hour-long film of music videos the band dropped earlier this week.

Update: In case you missed it, TV on the Radio’s webcast is replaying in full in the video above. Also, posted below is the band’s performance from the television portion of Letterman. Check Out “Will Do” via The Audio Perv.