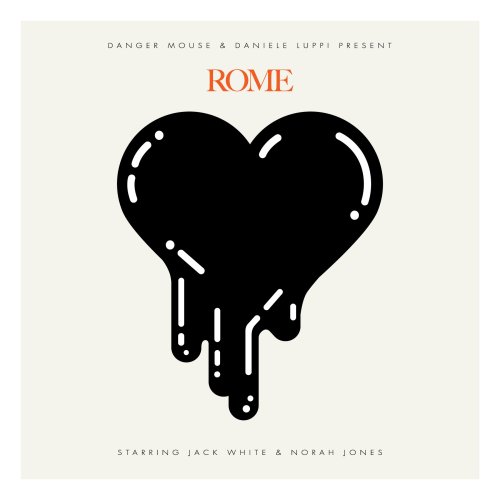 Back in 2006, right around the genesis of Gnarls Barkley, producer Danger Mouse (aka Brian Burton) was queried by Chuck Klosterman as to who his biggest influences were as an artist. His very telling response? Woody Allen. For nearly a decade now, Burton’s music has — like Allen’s films — defied any manner of simple explanation, collaborating with everyone from left-field hip-hop luminary MF Doom and alterna-rock hero Damon Albarn on Demon Days and The Good, the Bad & the Queen, to the Shins’ James Mercer in Broken Bells and producing the Black Keys’ last couple of records. Things aren’t exactly slowing down for Burton either; he’s in the studio producing U2’s forthcoming 13th studio record.

Even as his work manages to avoid classification, just about anything with Danger Mouse’s name in the production credits shares a singular, idiosyncratic vision, a compelling midpoint between retro nostalgia and hyper-futurism perhaps best captured on his much-lauded 2004 mash-up, the Grey Album, which saw him seamlessly combine the Beatles’ White Album instrumentals with Jay-Z’s Black Album a capella tracks. Burton’s love of Italian film scores is well-documented; his Gnarls Barkley outfit’s ubiquitous smash hit “Crazy” samples liberally from the soundtrack to a 1968 spaghetti western, Viva! Django, while many of the groups other tracks (like the Odd Couple‘s “Surprise”) rely heavily on the genre’s typically sweeping strings, choir sections, and steady percussion.

Enter noted Italian film score composer/arranger/producer Daniele Luppi, whose lengthy rap-sheet includes collaborations with Broken Bells, John Legend, Mike Patton and work on the Sex and the City movie. Luppi and his arrangements figure heavily into Burton’s aforementioned fixation on spaghetti western soundtracks (he also conducted strings on both Gnarls Barkley records). Together, the two spent several years rounding up the legendary orchestra and choir who recorded on some of the genre’s most seminal albums: The Good, the Bad and the Ugly and Once Upon a Time in the West. Recorded in the same hallowed studio where those albums and many more were cut decades ago, Rome manages to somehow toe the fine line between a reverently vintage soundtrack and a sprawling, post-modern Western concept album. But with its sweeping choral and orchestral parts, interludes and evocative instrumental pieces rendered in widescreen, much of the record ends up sounding more like a movie soundtrack without the sort of visual accompaniment that often makes even the best film scores even better.

Enter Jack White and Norah Jones to fill in said gap. Each of the two voice a nameless character on three songs a piece (think: Clint Eastwood’s lead role as the Man with No Name in the Good, the Bad and the Ugly). Half-crooning over the psychedelic twang of “The Rose with a Broken Neck” and carrying the splendid album closer “The World” through to its strutting conclusion, White plays the lead with archetypal cowboy swagger. Even on the limp, schizophrenic “Two Against One”, the icon seems more comfortable than he has in a while, reveling in the dimmed spotlight. Jones is a revelation, lending a hushed, sultry air to the moody overtones of “Problem Queen” and “Black” and finally proving to be much more than just a pretty voice. While she might at first seem an odd choice for the part alongside musicians as renowned as Danger Mouse and Jack White, Jones certainly holds her own on Rome, often stealing the show completely, as she does on the tense, steamy number “Season’s Trees”.

Perhaps the best thing about Rome is how open-ended it is. Is Danger Mouse shopping his soundtracking skills to Hollywood studios? Will this splendid production, orchestra and all, hit the road for an extensive tour? For all of its glorious string flourishes, vivid visual allusions, and bursts of choral splendor, the best parts of Rome are truly left to the imagination. While it easily could’ve been little more than a tribute to a (regrettably) bygone Golden Age in cinema or a soundtrack to an imaginary movie, Rome succeeds at much more: It’s a fantastic album in its own right.