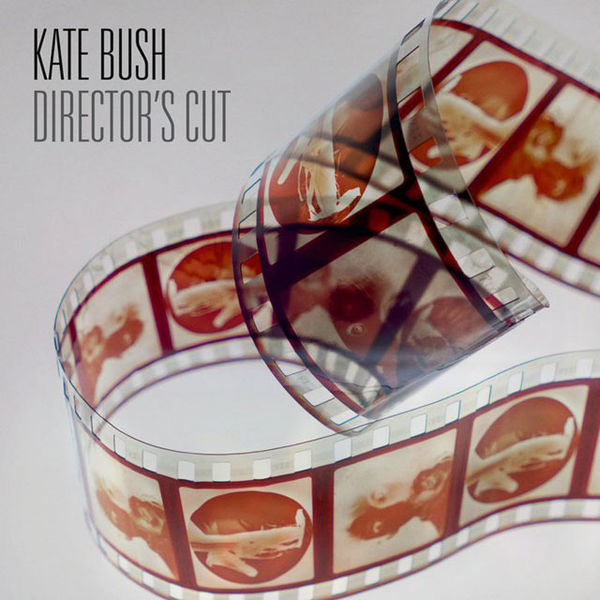 The thesis around Kate Bush‘s Director’s Cut is about fulfilling an original vision (or visions and versions), and the results are overwhelmingly thrilling. In a sense, “The Flower of the Mountain” becomes the centerpiece of the record; it is the one song she changes the title of (from “The Sensual World”) and for good reason–she finally gained permission from the Joyce estate to use Molly Bloom’s soliloquy from the end of Ulysses. So where her earlier work paraphrases passages, “Flower of the Mountain” is Bush unbridled, in a dialogue with Joyce, accessing his breadth of ideas, sense of female sexuality, and there is a sense that, finally, two titans are meeting each other.

Joyce is a particularly important bedfellow for Bush, because not only is there a stirring sense of exploring the complexity of Irish identity in his work, there is also a sense of travel and movement, the desire to be free of earthly, fleshly desires, but the acknowledgment that we are also beholden to them. Bush’s work has always surveyed similarly complicated territory, everything from sibling incest (“The Kick Inside”) to the wonder of invention (“Cloudbusting”) to identity and her sense of Irishness (throughout so much of her work from The Hounds of Love to The Sensual World) to a wider issue of being a creative individual in a world bound by strictures.

When the church bells signal the beginning of “The Flower of the Mountain”, we are drawn into familiar yet mysterious territory, as Bush, breathless and husky, sings about seedcake and sensuality. The bells sound more clear and frame her more mature voice, which is significantly lower–her more expansive-sounding vocal chiming with her deeper understanding of her work, which is full of perfume and a tactile sense of what music can be.

In fact, “Deeper Understanding” is another interesting exercise in reminding us that Bush was prophesying when she warned against believing synthetic methods of speaking and writing replace actual, real communication; a computer cannot embrace you, after all. The drums keep militant time, set amidst soft synthesizers and pianos, (providing a neat contrast between more naked and produced sound) and her layered vocals provide a swirling softness in the face of more formal, rhythmic conceits. There is also a bluesy sense in the latter part of the song, where she almost scats, and we sense an improvisational flair coming through. This looseness is also present in “Rubberband Girl”, which surveys some old-fashioned rock and roll, bringing to mind The Rolling Stones and Bruce Springsteen, and it makes you daydream about her in another guise entirely, perhaps a collaborative tour with Stevie Nicks is something to work towards.

On “Lily”, the spoken word intro sounds even more pronounced, and the guitar is richly evocative, capturing a Johnny Marr-like quality, rippling around the composition like a musical bee. This echoing quality is also in “The Red Shoes”, and the repetition of fuzzing guitar gives a real sense of aesthetic conspiracy. Bush doesn’t just create songs, she creates worlds. For example, the delicate world of “This Woman’s Work”, which contains glassy, fragile piano, bringing to mind elements of Bjork’s Nordic radiance on “Hyberballad” or “Unison”, which she complements with a celestial choral sound.

“Moments of Pleasure” is very interesting, because when it was first imagined in 1993, it was full of nostalgia and grief for lost people and time and yet was grateful. This version is even more poignant, for the fact that there is more loss, yet the choir that hums along elevates us sky-high, gently–and takes Bush into another realm, sharing space with someone like Puccini and his Hummingbird Chorus. She shares a common ground with opera in terms of its expansiveness, turning people’s everyday lives and stories into great art, for we are all epic, in a way, aren’t we?

Director’s Cut can be seen as new work, because some of these songs are very different to their earlier versions in tone and scale; both sets of work are equally brilliant, but here there is even more clarity of purpose, and something like “The Flower of the Mountain” is what Bush had initially intended. It also lends itself to the idea that no song is wholly finite; they have their own ways of breathing and stretching their legs, and Bush herself is idiosyncratic, never sated. The most important thing about the record is that it is a document of a genius at work; her sense of musicality, hold on philosophical, physical, and romantic ideas, all of this is bound up in that lyric from her previous version of “Moments of Pleasure”: “Just being alive. It can really hurt.” And, just like Molly Bloom losing her head and heart in Ulysses, Director’s Cut feels like “After that long kiss I near lost my breath.” Astonishing.