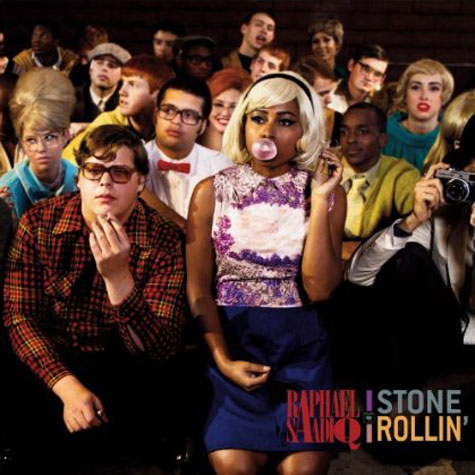 It’s arguable that Raphael Saadiq’s fourth album, Stone Rollin’, has the capacity to take you back in time. Just one listen through the record and you may question what time period you’re living in. It’s this genuine quality that lives within Saadiq’s vocal and production choices that make him the true king of modern R&B Funk. Coming off the success of 2008’s The Way I See It, Stone Rollin’ is another refreshing record from a true soul master.

Whether it be the infectious guitar in “Heart Attack” or the catchy lyrics of “Radio” or the undeniable groove of “Day Dreams”, nearly every song off Stone Rollin’ has single potential, each blending incredibly with Saadiq’s voice. Although Saadiq can sometimes let the genre do the work for him, the ballads on the record seem to pack more of a punch than any other ballads in his canon. Even if they are all crammed at the end of the record, each would make Ray Charles jealous he couldn’t call them his own. “Go to Hell” might be the brightest moment of the bunch, with Saadiq showcasing all of his talents: songwriting, singing, and production.

Any fans of Janelle Monáe or Adele might find themselves falling head over heels for Stone Rollin’, as Saadiq revitalizes the soul genre by taking nearly every step he can to create an almost flawless record. Each song has a breath of its own, each connected by Saadiq’s stream of consciousness that lives wihin the 1960’s Motown sound. Saadiq’s genius spin on this sound is almost too fresh for its own good, occasionally finding itself in an over-indulgent state, but what’s good about Stone Rollin’ is great, as Saadiq succeeds in creating an album that almost any music listener can get into.