The Sea and Cake – The Moonlight Butterfly 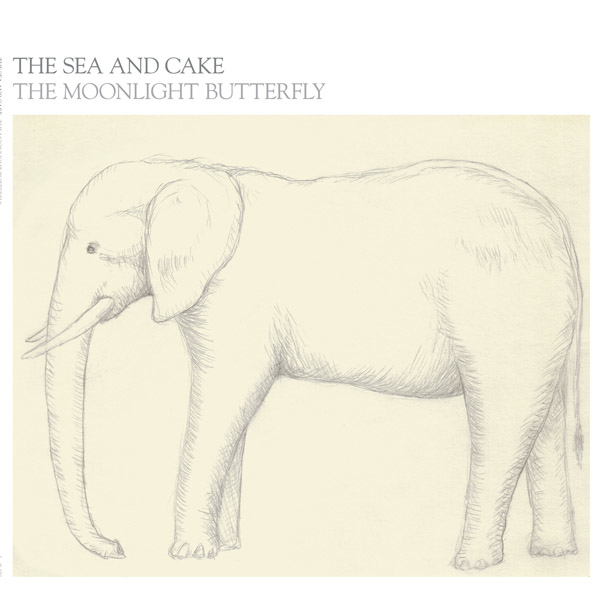 The Sea and Cake’s newest mini-album (six songs puts it somewhere between an EP and an LP), The Moonlight Butterfly, opens with a warm deluge of ringing sound, a beat that slides in softly, and murmured vocals reminiscent of the quieter moments had by Kevin Drew of Broken Social Scene. But what makes opening track “Covers” so tranquil is the same kind of soothing monotony that ends up burdening the album as a whole. Yes, this is a collection of cerebral songs for the quiet life, the zen garden moments—a leaf changing colors, rippling pond water, a butterfly in the moonlight—but there isn’t enough heart to sustain them, and they end up feeling more like mindlessly riding in an elevator or sitting in a waiting room at the dentist’s office than contemplating life’s big questions.

Coasting along for nearly 20 years, the members of The Sea and Cake have earned a fair share of indie cred for their seemingly effortless ability to master the serene art of flow, crafting their albums so that each track slides seamlessly into the next. However, Butterfly leads one to wonder if maybe these Chicago-based post-rockers haven’t taken it a step too far, sacrificing charisma and spirit for the sake of their almighty flow. Gone is the unique flavor that kept the band’s earlier music from falling flat. Gone are the unexpected moments of strangeness: bursts of steel drums, crunchy textures, and odd, little, moany background vocals. The kinds of blips and lumps that kept their sound fresh and alive have disappeared. Now the sound feels smoothed over, almost glib, like the band learned how to make a new kind of cake with half the calories and moved to Florida, where the sea has no waves.

There are a few distinctive elements, most notably the bubbly beachy vibe in “Up on the North Shore” and the scratchy guitar slides on “Monday”. There’s also plenty of quiet beauty to go around, but, ultimately, there’s simply not enough to cling to, not enough to feel. Nothing breaks through the cool gloss of overproduction, and the vocals feel all but sedated. It’s not bad music, but it’s boring. Each song ends up sounding like a slightly different version of the song that preceded it, and all we have to interrupt the endless smoothness is the strange (but not strange enough) title track, an electronic interlude rife with sparkly staccato and mounting synths that build and build and build but build to nothing.

This album goes past relaxation, past tranquility, into a place that leaves me numb. It’s difficult to appreciate the intricacies of vocalist/lead guitarist Sam Prekop’s instrumental layering and laudable experimentation with analog synthesizers, because they sound stifled under their own weight, cancelled out, pureed into soup, like the individual pieces are never nurtured enough to thrive nor isolated enough to shine.

In a 2001 Pitchfork interview with Prekop, writer Brian Roberts described the artist as “content with himself, his art, and his world,” allowing him to create music that is “the very soul of contented beauty.” But that was 10 years ago. Now, the contentment feels stale, and it’s hard to believe that nothing within the past decade has broken through Prekop’s beautifully contented soul enough to bring some real passion into his voice. If anything, it seems like the contentedness has faded into lethargy. With every new listen to this album, it seems more necessary to grab the man, shake him, and scream, “The world is on fire! Give me something I can feel!”