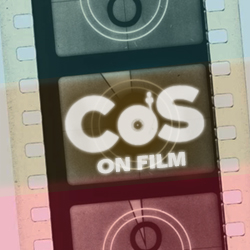 Filmed in the early part of 1968 and released in the summer of 1969, Easy Rider was a surprise box-office hit, pulling in over $19 million dollars (~111 million in 2010 dollars) in its initial run. Unafraid of stepping on the toes of conventionality, Dennis Hopper’s directorial debut certainly helped usher in a new approach to filmmaking. Much has been written about the film Easy Rider and its subsequent effect on Hollywood; however, little has been written on the film’s groundbreaking soundtrack. According to Hopper, Easy Rider was the first film to forgo the use of a traditional score. In eschewing a traditional film score, the film’s creators were able to musically narrate their film in a creative new way, opening a door to an entirely new method of scoring and music supervising films, while at the same time maintaining a tradition extending back to the earliest days of cinema.

Prior to the release of the Easy Rider soundtrack in 1970, the soundtrack genre could be neatly categorized into two types: musicals which concentrated mainly on the songs, such as Chicago, Singin’ In the Rain, and Rodgers and Hammerstein productions, and film scores showcasing the incidental and background music from non-musical films like Gone With the Wind, Star Wars, and The Godfather. Following the soundtrack’s release, a third category of soundtrack was developed – a collection of pop songs heard in the background of non-musicals that may or may not have been written specifically for the film. In other words, what we think of today when the term soundtrack is mentioned.

When modernist composers began incorporating musical elements from popular culture, including jazz (the pop music before rhythm & blues and rock & roll) and blues, audiences were able to make a connection to the films they were watching that was not necessarily present in the days of the more traditionally “classical sounding” scores. When rock & roll emerged in the early 1950s, many forward-thinking film and music makers sought for ways to use the new, popular and often controversial style in their films and scores. The first film to do so, 1955’s Blackboard Jungle, added legitimacy to the genre with its inclusion of Bill Haley and the Comets’ “Rock Around the Clock”. Haley had been struggling for over a year to gain any attention with the track, but after its presence in the film (featured four times in three different arrangements), the song shot to number one on the charts, demonstrating the effectiveness of film as a marketing tool for song (Elvis, anyone?). The door was now open for rock & roll pop songs to find their way into films and onto soundtracks.

When Fonda and Hopper set out to make Easy Rider, the last thing on their mind was probably the soundtrack. It seems likely that they were much too concerned about completing the project with the $365,000 that Columbia Pictures gave them to worry about the film’s score.  In the early stages of editing, film editor Donn Cambern began playing with some of the film. “He assembled the riding footage and he put music over it. All the contemporary hit songs,” said Hopper. As Hopper and Cambern edited the film, the idea for a soundtrack began to take form. “It was his record collection and some of mine. That’s what it was,” said Fonda.

The role of a music supervisor may be broad; however, a good one takes care to choose the right songs for the right moments. In this sense, Hopper excelled in the role, saying, “I used music that best reflected the movie. It gave a literary commentary on what was happening while we were doing the rides.” Conscientious of rock’s lyrical power and storytelling potential, Hopper chose specific songs that would not only enhance his story but also help tell it.

As with the majority of soundtracks to musicals and stage plays, the songs on the Easy Rider soundtrack are track listed in the order that they are heard in the film (with the exception of “Wasn’t Born to Follow”, which is heard in two separate scenes but once on the album). This is notable because as with musicals, the songs in Easy Rider tell a complete story, but in this case not necessarily mirroring the film. Musicals have the advantage of the songs being specifically written for the story, whereas with Easy Rider the songs used by Hopper, with the exception of the final song, the pseudo-title track “The Ballad of Easy Rider”, were written independent of his story. As such, most of the songs chosen were done so for thematic purposes rather than literal interpretations of the visual.