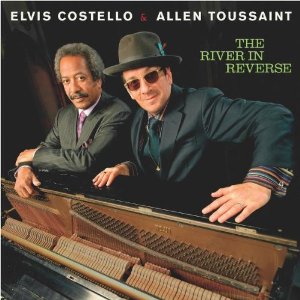 It’s impossible to talk about New Orleans and its music (and broader culture) without talking about the city’s recent strife. Period. So forgive me, apolitical readers, and political ones who flinch at the possibility of bring preached to.

It goes without saying that New Orleans and the Gulf Coast (from which I live about half an hour away in North Florida) has a had a string of shitty luck in the last few years. Maybe “luck” isn’t the right word. Divine improvidence or damning from God, perhaps, if you believe that. However you want to explain it away, it fucking sucks for the Coast and particularly New Orleans, once the thriving commerce and cultural capital of America and The New World.

In short, New Orleans has got the blues.

People, particularly white folks, underestimate the existential, all-encompassing nature of what “the blues” is. Even stylistically, blues applies to artists from the authentic Robert Johnson to the co-opted John Mayer, from as seemingly disparate as Leadbelly to Jimi Hendrix or, hell, Rush. The blues is all-encompassing musically and philosophically. It was, is and forever will be America’s most signature form of music. Jazz evolved from it. The white Alan Lomax may not have understood “the blues” in its primal infancy but he knew it well enough, or knew it to be special enough, to use it to gain opportunity from it, even cravenly profit off of it.

And thank God that Lomax did, otherwise we wouldn’t have Elvis Costello or, for that matter, Allen Toussaint, who orchestrated 2006’s The River in Reverse so utterly perfectly– re-contextualizing songs, rearranging them, reanimating them– it’s as if a hand transcending time and space guided the creation of the record. It’s that good.

Hurricane Katrina’s clouds still linger over the city in some form. A Jazz Fest publicist told me she was still on “Katrina time” in doubting that press materials dropped into a U.S. Post Office box would get to me in time for my arrival.

And let me hammer this home: If you don’t think The Deepwater Horizon oil spill still gushes like a fresh wound on the traumatized psyche of the city, state and region, you’re out of your mind. British Petroleum still stains the city’s consciousness and inspires some of the most angry, ugly street art I’ve ever seen scrawled.

Speaking of righteous anger, at Jazz Fest, Dr. John mentioned Louisiana’s endangered wetlands, as he does constantly, it’s a pet cause of his, but it’s hard for me to quote him directly. Sometimes, if you clean his words up, his quotes aren’t much of a sentence. For example:

“How much do they expect us to take?” Dr. John asked New York Magazine’s Mark Jacobson. “The inside information is guys on the rig saw rubber and shit, stuff from the blowout protector, coming to the surface back in late February, early March. They were told to keep drilling. Drill, baby, drill. Kill, baby, kill. There ain’t no place in this country that’s been attacked like Louisiana. Forty percent of our coast has been destroyed, washed away. They’re trying to get the rest, the fuckers. The marshes are dead. Dead from greed. When you’re a coon-ass kind?, you eat coon, shrimp, all that. What are you going to eat now? These scumbags are trying to starve us out.”

There’s always trouble to be found in port and river cities: folks getting into trouble (N.O.’s crime rate is infamously high) but also the “troubling of the water” (to paraphrase the slave-song, gopsel refrain that would later evolve into a secular blues one), the same that  flooded the city six years ago this summer and the oily mix on the Gulf of Mexico floor. And still, the crescent-shaped city clutches the canal that has given it life, port industry and artistry for so long, and so much misery lately. New Orleans is simultaneously a city in decay and decline, yet still insistently, almost naively, thriving. Like a girlfriend you break ties with because she’s kind of a fuck-up and run into 10 years later… only to find she’s exactly the same.

Former Pantera and supergroup Down front man Phil Anselmo is a New Orleans resident. Anselmo titled one of Down’s songs “New Orleans Is a Dying Whore”. Bassist of essential New Orleans funk band The Meters, George Porter Jr., called New Orleans “an old, fat whore.” This is not a coincidence.

At Jazz Fest, I heard strains of “Who’s Gonna Help Brother Get Further?” written by Allen Toussaint, who I was chagrined to chat with briefly at the festival. The song is progressive populism in the language of funk. As New Orleans is in one, it needs funk to get out of one.

In the sequence of “River in Reverse”, the track is near the centerpiece of the record: its title track, with a slow, churning New Orleans funk groove where Costello sings, “Here comes the flood if you catch my drift,” a double-meaning kiss off worthy of being put next to “Radio, Radio” or, hell, “London Calling”, in which Joe Strummer sneers that “London is drowning and I live by the river.”

It doesn’t stop there. There’s so many examples of flood and water metaphors and double-meanings not just in this record but throughout human civilization. Awfully wide-lensed, I know, but the subject matter, and album, demands it. When all is said and done, The River in Reverse will, at least, go down as an essential document of post-Katrina New Orleans music.