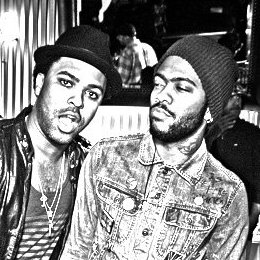 A few weeks back, The Knux gave us the the lowdown on their upcoming plans, which included the ambitious idea of a house party tour. Now, Krispy and Joey have detailed the trek, aptly titled “Kick In The Door House Party Tour”, which kicks off tomorrow in their hometown of New Orleans, LA.

So far, the band has 10 dates already set, ranging from parties at frat houses to some place called House of Guys (please don’t be what we think that is.) According to TheKnuxHouseParty.com, where fans can stay up-to-date with the latest news, venue locations, and more, the tour will be a chance to play venues with “no people limits, no barricades or stipulations,” in addition to free beer and pizza.

The group opted for this unique tour in order to “up the ante” of the live experience and return to a place where “everyone was on the same level, one nation under a groove.” The tour is especially impressive considering the band is signed to Interscope Records, one of the larger labels in the country.

Check out the entire tour schedule below,  and to have The Knux rock your casa, email them at TheKnuXHouseParty@gmail.com for more info.