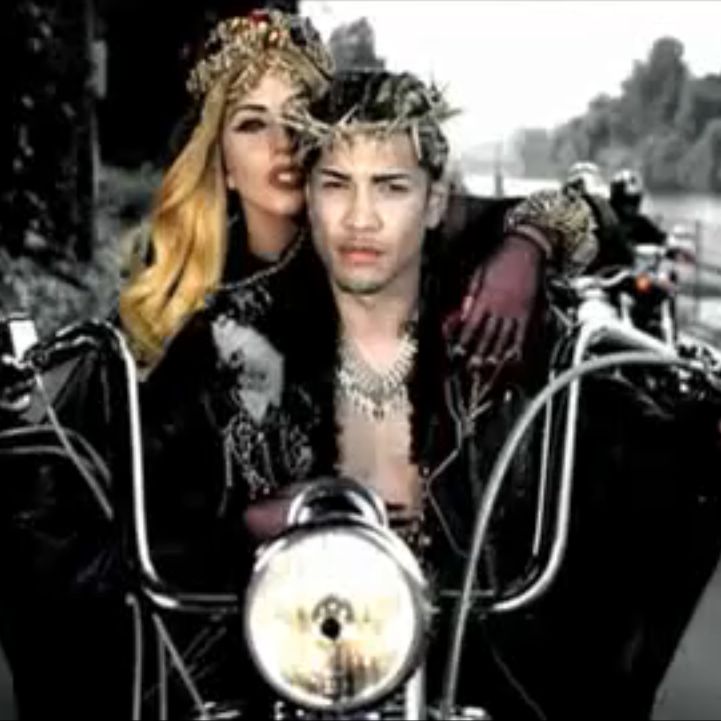 With the video for “Born This Way”, Lady Gaga set the “Holy Shit I Can’t Believe She Did” bar pretty high by giving birth in space. And while the video clip for “Judas” is less vomit-inducing, the controversy surrounding it has people feeling just as uneasy. The video, available for viewing above, features the Queen Monster as Mary Magdalene riding around on a chopper with the 12 apostles of Jesus Christ, who are represented by a biker gang. Who among us doesn’t think motorcycles are cool?

Aside from your standard dance routine, skimpy outfits, and creepily enthusiastic back-up dancers, the video features a Latino Jesus Christ and Norman Reedus (The Walking Dead, The Boondock Saints) as Judas. The rest, though, is fairly tame. A gun gets pulled out, people make out, Gaga takes a bath with Jesus and Judas, and everyone goes home happy. Except for Gaga, who apparently has a religious experience and passes out/dies. Well, at least you won’t be queasy after watching this one.

In an interview with MSNBC, Gaga said that the clip wasn’t meant to disrespect people’s religious briefs; instead, the whole concept is “meant more to celebrate faith than it is to challenge it.” So, think twice before you get your nine-inch nails out, folks.

A long-form, seven-minute version of the video will debut on E! at 7:00 pm EST.

Born This Way hits stores May 23rd via Interscope.