Against Me! – Total Clarity 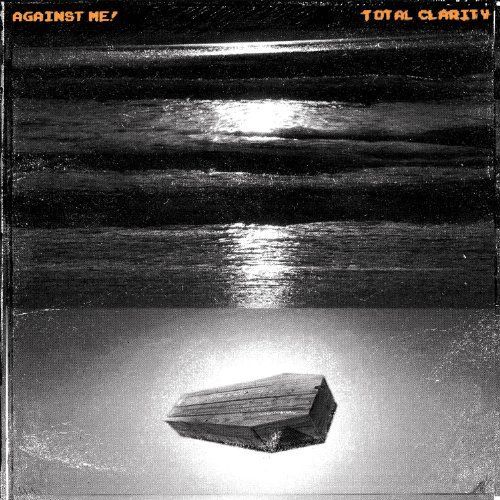 The thing about moving forward is that you can never really go back. For the boys of Against Me!, they’ve permanently crossed the threshold to a larger, more mature sound with more recent releases. But thanks to the magic of archives, we can get a snapshot of a band in transition with the demos collection entitled, Total Clarity. Taking songs from the sessions for 2005’s Searching for a Former Clarity, the effort is a moment in time, a period where the young men were still punks and yet had their eye on the development to follow in New Wave and White Crosses.

There comes a period in the adolescence of most men where they’re stuck in a sort of biological limbo. Their bodies are expanding and growing hair in all sorts of weird places, yet their brain is all but untouched in terms of maturity level, what they find humorous, and overall sensibilities. Despite all this, the brain is trying to keep up with the inevitable march of time. Throughout this release, the band offer up songs to show that kind of awkwardness in their journey, ones that also happen to be some of the more balanced offerings they may have ever crafted, despite lacking lack some of that panache and appeal of their bigger, more well-known cuts. In a kind of call-back to “Pints of Guinness Make You Strong”, “Unprotected Sex with Multiple Partners” is the silly-on-surface degradation of the music industry, comparing the various fees and debts an artist pays to completely unsafe sex. That kind of goofiness and wit is lacking from some of their more recent material, which is a shame because very few punk bands can be as humorous while still being so cutting socially.

The thing about demo collections is that, while they may have offerings to remind us of a particularly beloved section of a band’s career, at times they can just be rehashings. “The Energizer”, for instance, just sounds like a rough version of “From Her Lips to God’s Ears (The Energizer)”; it doesn’t offer any insight or clues into the creative process that made the track, nor does it have a unique aspect to its delivery to stand out. Thankfully, cuts like “Justin” and “Holy Shit!” do. The overall vocal performance in this version of “Justin” is particularly grating and visceral, a true testament to the power of frontman Tom Gabel’s growl (which is at its best on the heartbreaking line “You know Justin? Well, Justin’s dead/And Yahoo won’t let his family have access to his e-mail account”.) On the flipside, the demo for “Holy Shit!” displays some of the more tranquil vocals by Gabel, sounding almost full of a kind of quiet sorrow and determination.

While it didn’t make the final cut of Searching for a Former Clarity, “Exhaustion and Disgust” could have been a great enhancement to that album.  It’s a fairly country-inspired number, a great translation of their ethos into a new, more complicated structure (as opposed to some of their earlier cowpunk stuff) with great instrumentation and brief pops of that ferociousness they are known for.  Even then, though, there’s a nice quiet that balances out the angry storm of enraged youth.  Same goes for “Money Changes Everything”; here, the subtlest of hints of an arena rock sound shine proudly through, emerging as the most even-keeled and telling samples on the entire record.

Though they may never be the same band again, Against Me! and their new direction are still an interesting and viable musical option. With that said, Total Clarity has a few lessons to offer to listeners on everything Against Me!, both new and old. The compilation has done an amazing job at identifying what is truly great about the band (the attitude and worldview delivered with such raw power and intellect) and what may not work (a distinct lack of variety that pops up from time to time.) It’s also illustrated their ability at subtlety; even in differing versions of the same songs, they excel at slight changes and shifts that can truly make a song feel new and fresh again. In the end, though, the LP is simply a nice keepsake of what was and a reminder of what these Floridians still have to offer.