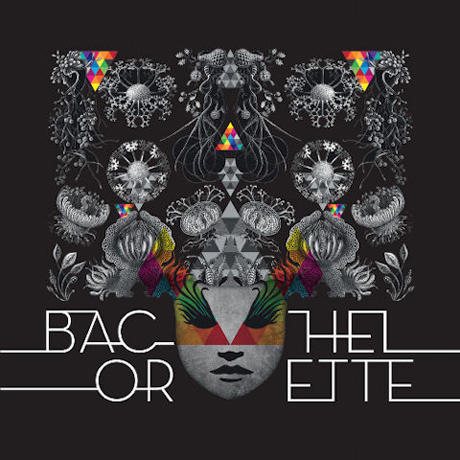 As Bachelorette, New Zealander Annabel Alpers has made a name for herself in recent years with her brand of bedroom pop. On her 2008 full-length debut, Isolation Loops, the former surf rocker sought the seclusion offered by an oceanfront cottage to record without any outside influence, meticulously arranging songs that searched for meaning in the mundane, her voice exuding a feeling of loneliness looped to choral effect. A year later, Alpers returned with My Electric Family, which featured an array of musicians, and detailed the isolation of others.

Despite the move from New Zealand to New York for this third disc, Bachelorette sounds more isolated than ever. Yes, the layers of delicate vocals and home-brewed electronics are back, but opener “Grow Old with Me” sets an especially bleak tone. Not at all a John Lennon cover, “Grow Old with Me” is a minimalist composition that opens with a declaration that “the future’s disquieting.” Alpers’ vocal layers reach new ethereal heights as they transform hopelessness into a hymn.

Alpers’ voice (or voices) of on Bachelorette is generally a cool, distant one that infers an emotional withdrawal. Such detachment works in Bachelorette’s favor on “Polarity Party”, where the distance creates a robotic effect that complements the Goldfrapp-recalling synths, as well as on the vocoded Laurie Anderson homage “Generous Spectre”. Tracks such as “Blanket” and “Digital Brain” never quite find any connection in their disconnectedness. It’s actually the hauntingly affecting “Sugarbug” that stands out as the highlight of the album, thanks to a dreamy beauty behind Alpers’ voice that would do former tourmates Beach House proud.

Alpers’ moments of childlike whimsy and wonder are still present on Bachelorette. The lead melody on “Tui Tui” is a birdlike whistle that is presumably akin to the one of the song’s namesake. Some listeners might be initially turned off by what can be perceived as a lack of feeling, a general absence of hooks, and lyrics that lean towards the surreal and often verbose, but the icy desolation created here offers some captivating moments. Continuing her trend of exploring isolation through experimental folktronica, Bachelorette is the sound of loneliness turned down to four.