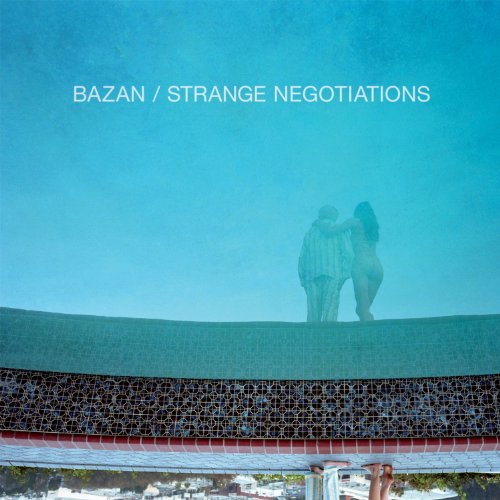 David Bazan is a singer-songwriter in the most basic sense of the overused phrase. The man literally writes songs, then goes and sings them (quite deftly, we might add). You may know him from his most popular project as the frontman for the Seattle indie-folk/rock Pedro The Lion. Or perhaps you heard his voice as yet again the frontman of the synthesizer-savvy Headphones, the short-lived project he pursued following the breakup of Pedro The Lion. Or maybe he’s popped up on your radar performing under his given name, which is the path he’s taken since 2006. Any way you choose to view Bazan, the man is a fantastic songwriter and a true veteran of the Northwest indie scene.

This particular installment, his second official full-length under his Christian name, is aptly called Strange Negotiations. Very few things about this record (or Bazan’s particular gift for songwriting in general) are conventional, and negotiating with the listener’s inner self to view things in a different light is what he’s always done best.

Lyrically, Bazan paints immensely vivid portraits of the day to day that are both thought provoking and insightful. A good number of the tracks on this album, namely “Wolves At The Door”, “People”, title track “Strange Negotiations”, and the stunning closer “Won’t Let Go”, will go into the Bazan canon as instant classics. But he’s at his best on this record when he sings with his signature charming rasp a ballad of sorts about a woman named “Virginia”, which becomes more gripping with every line. In this one song alone, Bazan tackles a half dozen of life’s heavier topics, from the expectations of looming adulthood to spiritual salvation, which is completely characteristic of his beautifully misunderstood songwriting.

Perhaps negotiating strangely with his listeners is just where Bazan wants to be. Certainly never a massive commercial success (although usually a critical success), Bazan flies under the radar most of the time, but it may be by choice. He truly is one of the best songwriters to come out of the Northwest in the past decade, and could certainly be a bigger name on marquees, but chooses to stay true to his loveable peculiarity. Bazan seems comfortable with the niche he’s so deftly carved for himself and seems like he’s in no hurry to change his style anytime soon, for better or worse.