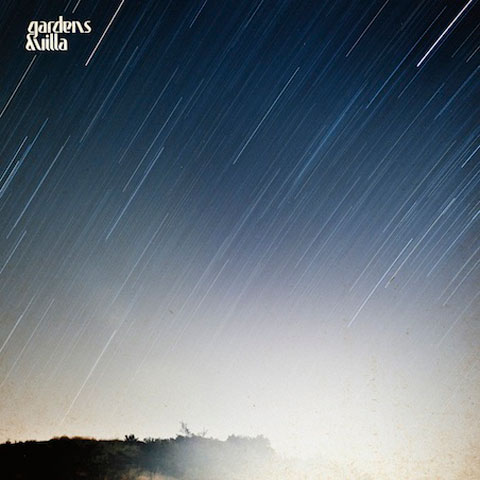 Gardens & Villa’s self-titled debut is good at aping the styles of many of indie rock’s hottest current acts, but the band fails at making any of those sounds their own. It’s a shame, because there are two stellar songs on Gardens & Villa, songs that show a ton of promise, but also make the rest of the uninspired filler on the album pale in comparison. Just because you can pull off a half-decent impression of Yeasayer doesn’t mean you should build an album around it.

The album begins with “Black Hills”, and is followed by “Orange Blossom” three tracks later, the A- and B-sides of the band’s lead single from Cool Summer Records. These two songs easily present the album’s best material. “Black Hills” is a heavy, synth-driven pop number that crawls along at a delightfully slow and sticky pace, the vocals easygoing in a way that sounds a bit like Band of Horses or Grizzly Bear.  “Orange Blossom” settles in to a chillwave groove, with laid-back vocals over the top of an appealingly warped bass line. If the rest of the album was as good as these tracks, we’d have a candidate for 2011’s album of the summer, but the other material just doesn’t compare.

The second song on the album, “Cruise Ship”, is where the laid-back vibe starts to fall flat. “Thorn Castles” is better, picking up the pace for a welcomingly upbeat track. “Spacetime” rolls at that same clip, but the serious-sounding speaking voice that repeats the song’s title throughout the chorus ad nauseam makes it sound like a Flight of the Conchords parody.

“Chemtrails” is a real snoozer, a lethargic and stark piece of music that seems to catch the band taking a siesta right at the midpoint of the album. “Sunday Morning” and “Carizzo Plain” are no better. There’s a thin line between a band sounding easygoing, and a band sounding like they’ve thrown in the towel, and Gardens & Villa fall on the wrong side of it on both of these tracks. In “Star Fire Power”, this apathy extends to the lyrics, where the silly, abstract words feel forced.

It hurts to say it, but interested parties are better off purchasing the “Black Hills”/”Orange Blossom” 7” single, and waiting to see if Gardens & Villa are able to improve on this album with their next effort. These are clearly talented musicians with something new to add to the indie rock world hidden somewhere, but good luck trying to find it in this first outing.