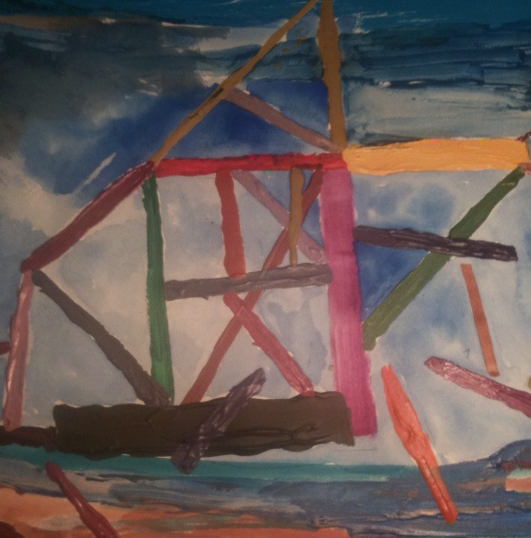 The provocatively named Jackie-O Motherfucker (JOMF) have released 15 albums over the past 16 years, beginning with the longform psych/noise/jazz experimentation of Alchemy…Shit To Gold in 1995, and progressing toward the weird Americana drones found on albums like 2009’s Ballads of the Revolution. As the years have passed, band leader Tom Greenwood shuffled through dozens of bandmates and collaborators, losing some of the chaotic, improvised intrigue in favor of a blend of traditionally structured ballads and supercharged drone. While some complain that the straightforward songs lack the same primal punch that early albums had, Earth Sound System follows the tightening pattern, producing one of the strongest albums of recent JOMF memory.

Part of the musical shift involves Greenwood stepping further into the spotlight, taking the microphone, and letting loose some backporch mumbling, as on album opener “In the Willows”. Slow-building, arcing acoustic picking, shimmering winds of crash cymbals, and swings of high-flung slide guitar underlie Greenwood’s just off-kilter description of how she can “gather the sun all in her fist, gather the moon all around her wrist, gather the stars all under her feet.” The track builds to a majestic wash before fading off into the dark woods that surround.

The “dreams of flying” and hummingbird guitars on “Bring It To Me” comes off warmly, but Greenwood’s repeated oath that “Dedication” “is dedicated to the person who is tryin’ to find the next right thing to do” is too long to have the same mantra effect. The surprisingly frenetic “Where We Go” acts as a rambling, marching anthem, complete with quick-step drums, flashes of rapid guitar strumming, flippant sound effect dashes, and a chiming keyboard-instrument of some kind. The track is one of JOMF’s best attempts at putting together a “song” as such, combining Greenwood’s intensely chaotic sensibility with an effective structure.

On the flipside of that coin, “Raga Joining” and “Raga Separating” are flashes of that freeform, concussive chaos that inhabited earlier JOMF recordings, but with a flash of something brighter. The chimes and plunks of electronic percussion that open the former cede to distorted, stretched audio samples, live percussion, and more slippery electronic thumping and hiccuping. Together, the two halves show that Greenwood and Co. can produce worthwhile songs and continue to deliver the weird.