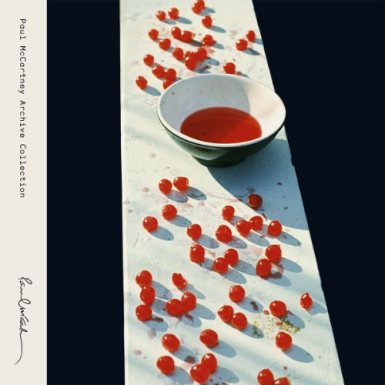 When The Beatles broke up in 1970, Paul McCartney certainly didn’t waste any time before launching his solo album McCartney. Wanting a distraction from the break-up of the band, McCartney decided to release McCartney three weeks before The Beatles’ last album Let it Be and only one week after he publicly announced his split from the band. The decision created an even greater rift between him and his former bandmates and angered a lot of loyal Beatles fans who thought McCartney should have delayed the release of his solo debut out of respect for them.

Despite the bad (or good, depending how you looked at it) timing, and even though McCartney produced many chart-topping all-time favorites, such as the timeless “Maybe I’m Amazed”, the album was universally panned by critics at the time. They found McCartney’s rock/pop effort to be lightweight, especially in comparison to John Lennon’s more “daring” solo project. Even Lennon and George Harrison didn’t have many kind words about it, Lennon especially noting the album’s “lack of quality.”  The public though, didn’t take long to warm up to it and 31 years later, McCartney, now a double-disc, will be winning over new fans with its sharp remastering and nostalgic journey through the many vibrant emotions on the album. McCartney started writing songs for it as early as 1969 and, though it doesn’t sound groundbreaking in this day and age, he ended up playing every single instrument on the album from the Mellotron to the “bow and arrow” (with backing vocals supplied by his wife Linda) and the entire LP was originally recorded in his house.

Mixed by the Abbey Road team who did the reissued Beatles catalog, and last year’s Band on the Run, the reissued McCartney probably sounds fresher than it did in 1970. All the favorites are still present but in a much sharper tone. The aforementioned and heartbreakingly sincere “Maybe I’m Amazed”, the bluesy rumble of “That Would Be Something” and the involving “Teddy Boy” are joined by a few new surprises. There are outtakes and demos like “Suicide” (a song he wrote when he was 14) and “Woman Kind”, an extra version of “Junk” that turns the song’s minimalism on its head by making it into a swaying instrumental version, “Don’t Cry” (another instrumental re-imagining, this one of “Oo You”), plus a range of live recordings done in Glasgow in 1979 .

McCartney might still sound “lightweight” to some, but it’s an album brimming with the emotional possibilities of love, the realism of depression, and the seductive cries of the unknown. McCartney was such a strong, driving part of The Beatles that it was impossible for his talent and progress to not come through on this album. Yes, the bonus tracks weren’t a necessary addition here, but there’s no denying that McCartney is a near-perfect presentation of the well-crafted rock/pop songs that he was (and still is) famous for, and the rare emotional sincerity that shines through. This album finally allowed McCartney to break free from the constraints that at least he felt was holding him back in the Beatles and gave him permission to explore his musical pathways. The result is retrospective and introspective at the same time. A look back – and a look into – the man he was.