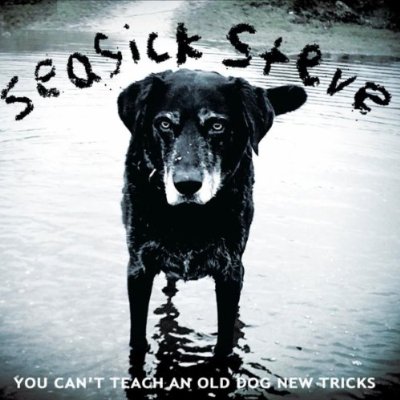 Authenticity goes a long way in country music, where musicians have been spinning songs out of troubled pasts for as long as the genre’s existed. Johnny Cash was a nearly-lifelong amphetamine addict. Singer Steve Earle battled heroin addiction for years before kicking the habit in prison. Steven Wold, better known as Seasick Steve, spent stretches of his life homeless. When it comes to their type of music, that level of authenticity shows – no one is just born with this much grit in their voice.

You Can’t Teach An Old Dog New Tricks, Seasick Steve’s fifth album in seven years, is slightly more varied in approach than the bluesman’s previous output, but there’s nothing here that’s all too different from what’s come before.

Opener “Treasures” and closing number “It’s a Long Long Way” seem to take a cue from Rick Rubin’s production work on Johnny Cash’s American sessions, the former going so far as to open with a heavy sigh and break down into a mournful violin solo. The first track establishes a somber tone for the album right off the bat, which is promptly blown out of the water by the album’s harder rocking songs.

The album’s titular track, “You Can’t Teach an Old Dog New Tricks”, is a burst of raunchy roadhouse blues that’d make the perfect background music for a bar brawl. Along with “Back in the Doghouse”, Seasick Steve has managed to capture the arresting energy that has made his performances the highlights of many a boozy summer festival for the better part of the last decade, full of impassioned howls and manic slide guitar solos. Close your eyes and you can almost hear the pool cues breaking over the thickest part of a bouncer’s skull.

“Party” and “Don’t Know Why She Love Me But She Do” are similar foot-stompers, straight-forward and alluringly vulgar in their instrumentation. A more traditional Americana track, “Underneath a Blue and Cloudless Sky” is a sweet love song sung over sparse percussion and backhills banjo picking. “What a Way to Go” breaks up the album’s second half with a more serious number about a wasted life.

You Can’t Teach An Old Dog New Tricks stays true to its title, not really introducing any new elements to this Seasick Steve’s canon, but perfectly satisfying if you’re coming in not looking for a revelation in his sound. Expect the expected and this album won’t disappoint.