Festival Review: CoS at North by Northeast 2011 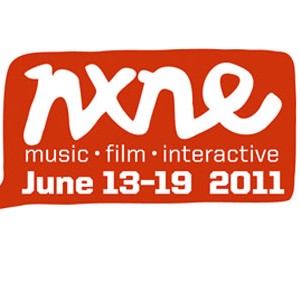 Another North by Northeast music festival is in the books, and with it, the bustling metropolis of Toronto is a little more quieter. Between June 15th and June 19th, an estimated 650 artists representing any and every genre you can think of played well into the Toronto night at close to 50 downtown venues. Streets where a great deal of bars are clumped together, like Queen West, the festival headquarters at the Hyatt Regency hotel on King, as well as the public square at the intersection of Yonge and Dundas crawled wall-to-wall with people nonstop, all looking for the next show to get their fix.

It was a veritable orgy of live music, with enough choices to literally make peoples heads explode! According to the NXNE schedule, at any given hour there were more than 30 shows going on. Aside from the (somewhat) pocket-sized festival guide, I think cloning machines were the next biggest must-haves. Twitter, mobile applications like MyNXNE, and good ol fashioned word of mouth played vital roles in keeping folks informed and letting them know of any secret or last-minute shows taking place. No, Death from Above 1979 never appeared, but some bands like Deerhoof, who played very early in the fest, stuck around town to return later as special guests. And because the MuchMusic Video Awards went down on June 19th, music celebs like Lady Gaga and Patrick Carney of The Black Keys were frequently spotted around Toronto.

The weather also couldnt have cooperated any better, although it did get awfully hot and sticky at times. Not that there was much complaining, as spring seemed to have skipped Toronto altogether. The city was ready for summer, and incredibly amped for Northby, as the annual festival is referred to locally. It was obviously impossible to see each and every one of the great bands on the bill, but I sure did my best, braving the humidity (not to mention the four a.m. drinking curfew) to act as a Canadian correspondent for Consequence of Sound. My ultimate goal? To come into contact with a wide range of styles, whether they be punk, indie, folk, or even hip hop. After a short nap, I filed this extensive report, and like a lot of others, I’m already counting down the days to next years NXNE!