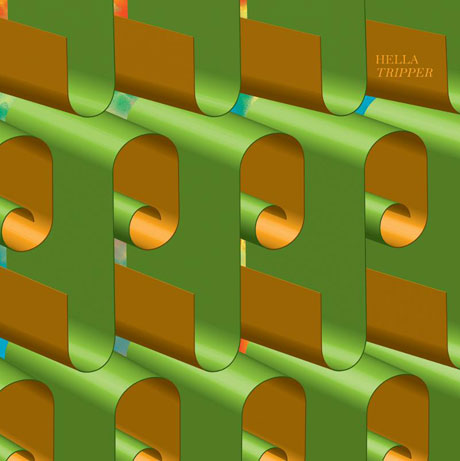 Since dropping There’s No 666 in Outer Space back in 2007, Sacramento, CA noise rockers Hella have gone on their own musical journeys. Guitarist Spencer Seim played in the Nintendo cover band The Advantage and worked as a solo artist under the sBACH monike, while drummer Zach Hill did some stuff with a little solo work of his own and played in a this band called Wavves. Now, the duo are reuniting for a new album, Tripper, which will drop on August 30th through their new label, Sargent House.

Hella’s fifth record, press for the album promises this will be the band “in classic frenetic anthemic form.” For a sample of that return to form, the band gave fans the opportunity to add visuals to the album opener “Headless” and then post them on the group’s Facebook. Check out one of the more promising (and thus bizarre) examples of what fans had to offer below. The visual artists of the world can download the track here to create their own masterpiece; feel free to also do so if you just like mutilated waves of pure junk noise.