On Second Listen: The Unthanks – Last 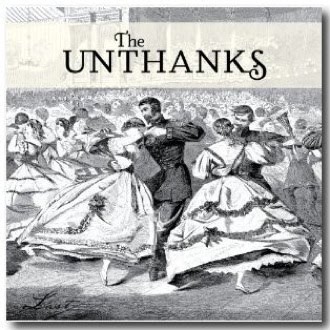 As the mournful trumpet signals the beginning of The Unthanks‘ fourth record with the slow-burning ballad “Gan to the Kye”, the sisters Unthanks invite us into a pastoral world of moors, roaming cattle, and love– broken, lost, and tragic. They have been exploring the more delicate aspects of the human condition for many years now, through previous compositions (as Rachel Unthank and the Winterset) Cruel Sister (2005), The Bairns (2007) and 2009’s Here’s the Tender Coming, which all share a graceful tenderness which honors the past with dramatic narratives that ring clear with authenticity and bleak subjects. The dark corners that no one wants to face, lit up with the sisters’ unswervingly radiant vocals, appear to bring the dead (and sometimes the living dead) back to bear witness.

On this record, Becky and Rachel Unthanks’ subtly different vocals are served beautifully, in part because of the sensitive, intelligent arrangements by Adrian McNally, the group’s producer, arranger, and pianist. What makes their records unique is that they are completely of their music; the folk traditions that they resurrect, their charismatic accents from the wild nook of Northumberland (placed as it is at the lowlands of Scotland and the north east of England), and their acute sense of being from their part of the world, yet trying deeply to understand the more mystical aspects of living that can barely be contained and yet unite us all.

The title track is a magnificently graceful centerpiece, and one McNally composed, his piano setting a serious, aching tone before the strings appear and wash over everything like a cleansing spiritual. These are imaginative, minimal, and modern arrangements infused with a complete love for not only music but other people’s lives and pasts, no matter how distant. “Close the Coalhouse Door” is a moving memorial to the devastating poverty of a north eastern mining village (and in turn pays homage to Alex Glasgow, who originally penned the song) to the rousing idiosyncratic “Canny Hobbie Elliot” with its insistent, swooping fiddle, and on to “The Gallowgate Lad”, which is about dejected, complicated love.

There are few groups in the world that can affect like The Unthanks, and far from being simply a superior folk group, they are superior musicians, whether through their original work, breathing new life into folk traditionals, or taking on as diverse material as King Crimson, as they do on “Starless”, and Tom Waits on “No-One Knows I’m Gone”(this talent was also evident when they explored the work of Robert Wyatt and Antony at Union Chapel, London, last December). The atmosphere they create is edifying, full of tenderness and depth, and the sister’s voices are two of the most beautiful of the modern period. They simply pierce the heart, quietly supplicating on “Give Away Your Heart”, sensually holding the world to ransom on “Last”, and when the reprise of “Last” begins you realize that their form of lullabies don’t rock you to sleep, they rock you awake.