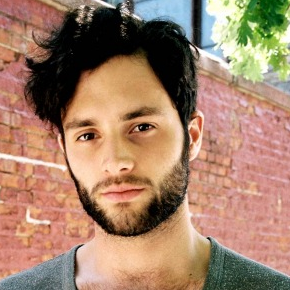 The role of Jeff Buckley in the upcoming movie based on his life has been cast. Congrats to Gossip Girl star Penn Badgley!

According to IndieWire, the 25-year-old actor will step into the persona of the late tragic icon in the forthcoming film Greetings From Tim Buckley. The film is not, however, the biopic reported on back in April. A little clarification on the two pictures: the biopic is a project of director Jake Scott, son of Ridley Scott, from a script by The Rocker scribe Ryan Jaffe (interesting combo. . . ). That film has Buckleys mother Mary Guibert on board and the rights and blessings of the Jeff Buckley estate. Greetings from Tim Buckley, on the other hand, is in the hands of Dan Algrant with a script he wrote with Emma Sheanshang and David Brendel. This one features music from the estate of Jeffs famed father, Tim Buckley, plus Hallelujah, of course.

Whats more, while Greetings is based on fact, it isnt exactly a biography. The logline explains it best:

“Greetings from Tim Buckley follows the true story of the days leading up to Jeff Buckleys eminent 1991 performance at his fathers tribute concert in St. Anns Church. Through a romance with a young woman working at the concert, he comes to understand the father who abandoned him.  Culminating in a cathartic performance of his fathers most famous songs, Jeffs debut stuns the audience and launches his career as one of the greatest young musicians of his time.

Call it a historical musical drama. Badgleys claim-to-fame has come from the CW teen-guilty pleasure series Gossip Girl. If that just doesnt scream tortured musical idol, at least know Badgley seems to understand the gravity of the role. To play a man who was singularly gifted as an artist, he said, misunderstood and mythologized as a human being. . . Its something very special and sacred.

As for that other Buckley project, there hasnt been much motion. While co-producer Orian Williams told the L.A. Times that the role of Jeff would likely go to an unknown, Twilight star Robbert Pattinson has been actively pursuing the role for some time. Apparently actors from teenaged-girl-oriented media are just itching to play legendary musicians.