Brian Eno – Drums Between the Bells 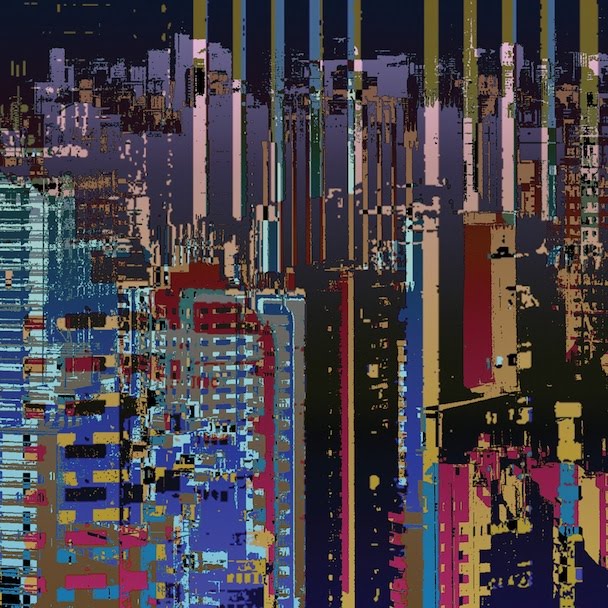 Fairly or not, Brian Eno has the reputation of a mad genius, the proverbial man behind the curtain, the powerful, if hidden, force behind many influential musical moments. For example, when a member of art rockers Roxy Music, he reportedly stayed back at the mixing board for the first few tours, adding synths and adjusting sounds. Some of his legendary ambient recordings sound post-human, as if the intent were to remove himself from the equation. But Eno is perhaps best known for his production, having been the man at the knobs for such milestone records as U2’s Joshua Tree and Achtung Baby, Talking Heads’ Fear of Music and More Songs About Buildings and Food, and Devo’s Q: Are We Not Men? A: We Are Devo!. His new record, a collaboration with poet Rick Holland providing spoken word passages over more brilliant music from Eno, continues that pattern perfectly.

“Bless This Space” sets the tone for the rest of the album, light jazzy drums providing a lithe backbone for a buzzing melodic line and random flares of hovering synth. The speaker’s resonant, rich bass voice is given a bit of reverb to induce even more spacey psychedelia. That’s not to say that the rest of the album is particularly jazzy or weird, but rather that a strange confluence of sounds and words meet in strange places, to strange effect. The heavily reverbed, humming guitar solo near the end of the track is a bit too silly for the droning meditation that the rest of the track comprises; while everything else is doleful and interesting, that turns the piece on its head, moving into goofy territory. Next, “Glitch” lives up to its name, the poly-rhythmic, percussive synth blasts and stuttering drums sounding like a house remix of something from My Life in the Bush of Ghosts.

Later, “Dreambirds” is one of the more traditionally “spoken word” tracks on the album, the female vocalist sounding too much like she just stepped off an off-Broadway stage to emote every last syllable, while Eno sits in the background, twiddling electronic knobs and producing a vague, sparkly soundscape. While the vocals carry a lot of drama, the music remains kind of directionless, lacking a structural punch. But even when the music comes together in a narrative, climactic function, the best case scenario turns out to be a sort of This American Life sound-alike, where barely distracting music backgrounds spoken word. This happens on “Pour It Out”, where weeping strings and a simple guitar line swell and strain at all the right moments under the female voice.

The instrumental sections “Fierce Aisles of Light” skim and sputter, bassy whirring, while the British-accented voice about “the train…again” alternating in and out with a female voice. When the drama hits, it’s usually on these more mysteriously bent tracks, where the astructural nature of the music plays with intermittent, subtle vocals. The swirling, minimal instrumental “As If Your Eyes Were Partly Closed” does this all handily without vocal additions, though, showing that Eno still has the ability to demand attention on his own.

But once again, Eno does most of his best work subtly in the background. The massive, clunking percussive elements of “A Title” drive things forward, despite the preponderance of dramatic vocals and wavering, Southern guitar sounds that remind of longtime Eno collaborator and fellow master producer Daniel Lanois. “Sounds Alien” returns to the spacey dance floor that the opening track instituted, a female voice dropping the album’s title in the middle of horn stabs and a chugging synth rhythm. This track could find its way into many a DJ set, the distant vocals just unfocused enough to be interesting without forcing you to stop dancing and think about them.

While another Music For Airports may have been a better album, Eno’s always on the lookout for his next unexpected move, his next collaboration, his next way to bring you something you’ll find soundtracking your life. While this album may have taken that last bit a little too literally (or perhaps not literally enough?), it has moments that do just that, blending the perfect amount of dance-ability, intrigue, and emotional power.