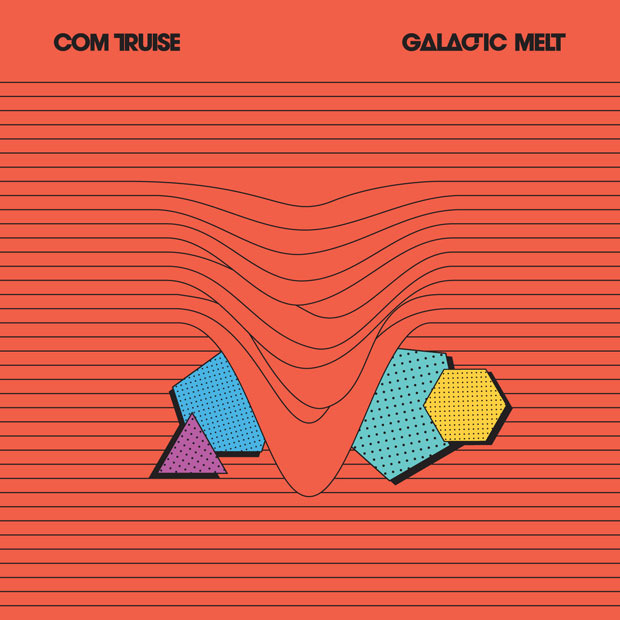 It’s a shame when the most entertaining thing about an album is the artist’s name, but, unfortunately, that’s where we find ourselves with Com Truise‘s full-length debut LP, Galactic Melt. That doesn’t mean it’s a bad album, as mastermind Seth Haley’s musicianship is nearly impeccable. The meticulous composition, bouncing synths, and grooving beats that roused the much-deserved acclaim and buzz surrounding the Cyanide Sisters EP are surely present throughout the album’s 10 tracks. As a followup to such a stellar EP, though, Galactic Melt ends up feeling tired and monotonous, a less-enthused continuation of “Cyanide Sisters”‘ bite and “BASF Ace”‘s grind.

The album kicks off with “Terminal”, where cylical synths and warbling electronics appropriately summon imagery of astronauts and spaceships preparing for take-off. While this feels like a launching pad into some extraordinary, galactic tracks, the album falls short. Haley spends so much time concocting intriguing combinations of sounds and textures, such as “Hyperlips”, only for them to be undermined by the original synth phrase which, by that point, has more than worn its welcome. This is particularly frustrating with “Air Cal”, where the mid-section’s rapid percussion is plagued by lethargic synths.

“VHS Sex” serves as a relative high point on the album, as the entrancing, 80’s-drenched synths and nearly danceable beat are in top form. “Flightwave” is a bright spot as well, with its melody-driven approach breaking nicely from the repetitive tracks before and after it. As for the negatives, there aren’t any treacherous lows in Galactic Melt, just as there aren’t any spectacular highs. “Brokendate” may go on for a bit too long, and “Ether Drift” may have served as a better album closer, but even comments such as those seem awfully nit-picky. While consistently solid, Galactic Melt is ultimately just underwhelming. Instead of any real flaws, the indistinguishable nature of the songs is its true weakness.