How to Dress Well – Just Once EP 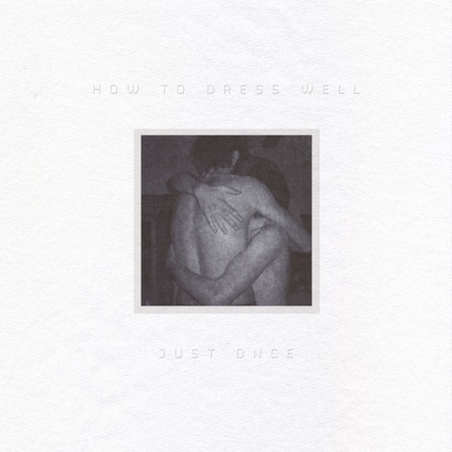 Prior to last year’s debut LP, Love Remains, Tom Krell, under the moniker How to Dress Well, released a series of home-recorded EPs on his blog to increasing buzz. Soon enough, Krell received universal praise for his lo-fi spin on the sounds of late 80’s and early 90’s R&B, elevating him as an outright critical darling. With his latest release, the Just Once EP, Krell aims to redefine How to Dress Well.

On this new effort, the homebrewed arrangements of “Suicide Dream 1”, “Suicide Dream 2”, and “Decisions” from Love Remains are given an orchestral makeover. If the original minimal, distorted arrangements were intended to sound as if they had deteriorated and become lost over the years, then on Just Once, the melancholic haunt of string sections have filled in the gaps with an approximation and reinterpretation of the original desolation.

Krell’s vocals on Love Remains were often layered to choral effect, sometimes awash in a sea of fuzz and static, and always heavily reverbed. On Just Once, distortion gives way to newfound clarity. No longer obscured, Krell’s falsetto takes the forefront, intermingling with the orchestra and conveying unfathomable loneliness to devastating effect, all while remaining indecipherable, losing none of its delicate nature. Accompanying the trio of orchestral reworkings is “Suicide Dream 3”, a requiem for a deceased friend that showcases Krell’s equally poignant whisper and belt.

But, isn’t the distorted and disjointed nature of Love Remains and the preceding EPs what made How to Dress Well special in the first place? If so, why bother replacing it with orchestral arrangements? Giving the Just Once EP a listen should quell any doubts regarding his versatility, because it’s almost like hearing How to Dress Well again for the first time. Where Tom Krell goes next remains a mystery, but an impeccable track record in such a short period of time has made him one of the most intriguing artists to debut in the past two years.