Washed Out – Within and Without 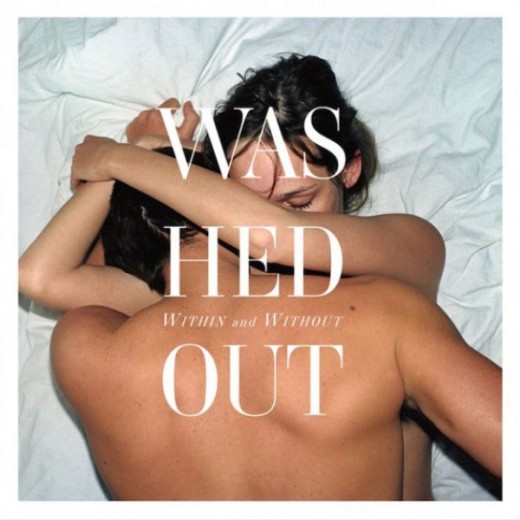 One of the most impressive and telling descriptions regarding musician Ernest Greene’s bedroom project Washed Out is that it’s “lush chillwave for people who can’t stand chillwave.” As ridiculous of a term as chillwave may be, it perfectly describes the nine tracks’ baseline sound: a certain recording location (chosen either out of necessity or a perceived loyalty), a de-emphasis on vocal performances, and an abundance of blown out, overly busy structures and effects. But while his cohorts may be making tracks that veer off into the hazy unknown, the Georgia-bred synth maestro has created for himself an anchor in hip hop.

Greene has found a way to create a sense of vastness and ambient beauty all while maintaining a clean, professional sound most people could never muster from bedroom recordings. While most of the tracks simply aim to idolize and adapt the overall hip hop production style, there’s at least a few standard techniques that make their way into select cuts. “You and I”, in particular, is a great example: its upbeat synth-y drone and matching female vocals (courtesy of Caroline Polachek from Chairlift) get chopped and screwed and matched up with varying rhythms throughout the track, giving it a nice consistency. Even the standard ’80s synth of “Echoes” has a nice thump to it, like some electro/hip-hop experiment gone funky.

Sadly, though, no amount of hip hop swagger or style can save this album from being exactly what it’s desperately trying not to be: your standard bedroom synthpop record. Greene adheres too much to these preconceived notions and this formula for making music that it stifles the more endearing parts of his record. Take, for instance, “Amor Fati”. There’s a very warm, romantic vibe generated thanks to the minimalist drum beat and lush synth work like he was in an ’80s German New Wave band. Greene’s vocals are the star of the show, decidedly weak and mild-mannered, yet with an air of transcendence to them.

And yet the entire sentiment feels incomplete, as if he had the talent and skill for so much more, but retarded his own abilities to create lush auditory environments and sing with a voice of real grace and subdued power all for some lower aesthetic purpose. It’s not a condemnation of bedroom pop/chillwave/Insert Appropriate Genre Title so much as it is a condemnation of an artist.

Sticking to this label, these haphazardly strung together bullet points of what a particular sound should be, is settling for an artist of Greene’s caliber. “Soft” begins to tell the story of a composer who knows how to create a true feeling with the lightest of touches, piecing together the right sounds, and even leaving some of them out, to put forth a tune of true effervescence.  And still, Greene makes poor musical choices,  from including tracks that do little in the way of building properly to repeating rhythms almost ad nauseam. Whatever the choices, it all boils down to one simple point: the skills of someone like Greene go unchallenged all for the minor bump of notoriety that being another bedroom pop act will bring about.

Perhaps he had no other choice than to record in some dark room? Maybe he really doesn’t work well with others? Even if that weren’t the case, as far as Greene goes, making music in a bedroom is a representation of an artist looking to show off his skills without exploring his talents properly. “Before” is this magical blend of the ethereal and the bubbly, the complex and surreal; however, it’s too safe to be truly daring and adventurous and ultimately only reaches a lackluster creative middle ground.

This critique could go for any number of genres and sounds, but bedroom-born music in particular seems a particularly apt  whipping boy because it’s new and thus deserves to be taxed its pound of flesh. If this relatively new sub-sect of music is to ever have a legitimate future, it needs someone to turn it on its head, as was done with rock and roll and punk. Greene’s efforts of merging the decidedly low-key sounds of bedroom music and the urban thump of hip-hop represent a good first step in the continued evolution of the genre, but in the end, the resulting efforts feel warped by the confines of Greene’s bedroom pop dedication (which go so far as tapping producer Ben Allen of Merriweather Post Pavilion fame).

As a result, any enjoyment is momentary, soon to be eaten up by an unshakable notion that cool points gathered in some arbitrary self-imposed challenge are better than creating whatever may come whichever way possible. For now, and hopefully this changes with subsequent releases, just call this Washed Up.