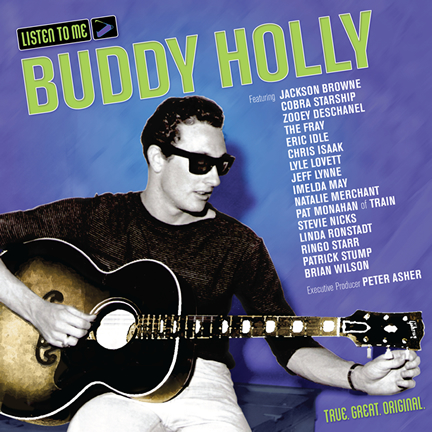 With such a massive, sweeping influence on the genesis of rock and roll, it’s no surprise that Buddy Holly would be honored with the all-star tribute compilation Rave On Buddy Holly. And while acts from Paul McCartney to Fiona Apple already got their chance to pay homage, this September 6th sees a new set of musical superstars praise the bespectacled rock god with the release of Listen To Me: Buddy Holly.

The album is available for pre-order here. In addition, watch a behind-the-scenes video of several artists, including Starr and Browne, and producer Peter Asher talking all things Holly at RollingStone.com.