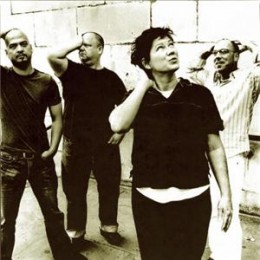 Unbeknownst to concertgoers everywhere (including us), Pixies still have cities left that haven’t had a chance to witness 1989’s Doolittle live, as in on-stage and in the flesh. This fall, the Boston quintet wants to remedy that, and so they’re going on a fourth leg of tour dates, which, if you recall, originally started as a 20th anniversary celebration of the aforementioned album. So, technically, we’re celebrating its 22nd anniversary, but hey, who’s counting?

Dubbed the “Lost Cities” tour, Pixies will play 19 previously unvisited cities, beginning in Rochester, NY on October 27th. As the case for the trek’s previous three legs, each show will see the band play Doolittle and all the album’s B-sides in its entirety. Also of highlight will be an opening set from Surfer Blood. Update: Imaginary Cities will open the final six shows.

And with that, Black Francis has unofficially become the busiest man in music. Outside of Pixies touring and scoring silent films, Black recently released details about a complete Catholics box set and a collaborative album, all due out this fall. He’s also set aside a few dates this summer to play acoustic only solo sets, making it a wonder the man has any time to sleep. Or think.