The 30 Best Live Versions of Songs 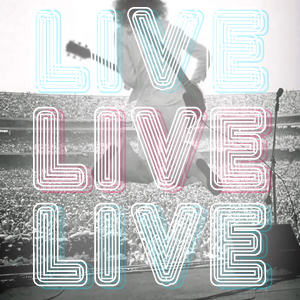 This may be weird, but I always think of concerts as a kind of consummation — like finally getting the chance to be alone with that special squeeze you’ve been sweatin’ for a while. The relationship between you, a band, and a song are finally at the most intimate, whether you’re in the corner of a bar or on the muddy fields of Glastonbury. And for all the time you’ve spent peeling away the layers of a track, analyzing every note, every word, every minute detail about down to the the last wavelength, in concert the pressure is now on the band. Do they really look like their profile pic?

It’s nerve-racking when the moment comes. Some bands have performance anxiety, or were just plain lying about what they were actually packing. Most bands are satisfyingly WYSIWYG, and remain true to their promises. These bands and these songs below, however, represent the most powerful moments in a connection between audience and performer — moments of dynamic expansion that open up whole new parts of the song that you never even knew existed. At the time it’s a revelation, and in retrospect it can be a rediscovery, but it’s always something unique.

We tried to compile a list of songs that resonated on several levels. There are cultural turning points, fan favorites, canonical benchmarks, and most importantly, personal experiences. Name another art form where you’re allowed to feel something so personal, so moving, so hair-raisingly beautiful in the company of hundreds or thousands of other people possibly feeling and relating to the exact same thing you are (MDMA levels notwithstanding). The subjectivity of a live performance is almost more apt than a studio recording, but these here are songs we felt transcended personal preference and reached out to even those who weren’t there (Or: you’ll probably get chills from watching these videos).

But there are more memories than there are YouTube videos™. There will be concerts from an unknown band in the middle of nowhere that will leave a stronger impression than being front row at Radiohead or backstage at The Boss, and that’s a fact. These songs give your personal experiences a run for their money, and while you may not believe that anything will ever top the time the lead singer of Ulterior Motifs set his guitar on fire and suplexed the bass player into the floor tom, we hope you spend some time co-opting the magic that was created with these performances– live performances that deepen, expound, and straight-up own the studio versions.