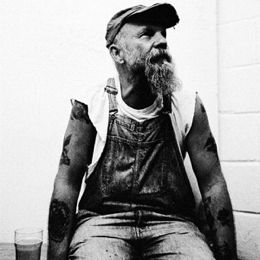 Seasick Steve just had the best weekend ever. Once a busker on the Paris Metro, the Third Man Record-signed, three-string guitar-playing blues musician found himself joined on stage by Jack White, Alison Mosshart, and Led Zeppelin’s John Paul Jones in London on Saturday night. He then followed that up with a guest appearance at Foo Fighters’ show in Buckinghamshire, England last night, where he, Jones, and Dave Grohl played the track “Back in the Doghouse”, from Steve’s recently released LP You Can’t Teach an Old Dog New Tricks. Video evidence is yours to check out above.