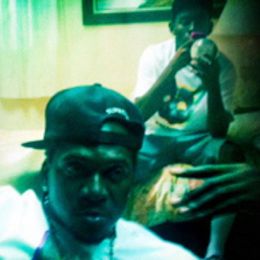 As princes of the rap game, Pusha-T and Tyler, The Creator gave the world something more golden than any crown by dropping the banger “Trouble On My Mind”. Now, the lord of street rap and the shock rap baron are putting forth a video that highlights just how similar these two MCs really are at their most basic levels. And almost nothing terrible takes place to demonstrate this. Almost.

Directed by Jason Goldwatch (Jay-Z’s “Pray”, The Roots’ “Dear God 2.0”), the video, as Goldwatch told LA Weekly, aims to bring the “rager out of Pusha, and that gangsta street solid shit out of Tyler”. To that aim, the video features Pusha and Tyler dressed identically (including match leg casts and balaclavas) to “show how the two worlds collide.” What results from that “collision” is some of the most truly universally appreciated acts: wanton destruction of a senior citizen’s community, acts of violence by a youth street gang, and some light lipstick lesbianism.

Check out the video below and feel the interconnectedness just pour through the screen. The track is scheduled to appear on Pusha T’s Fear of God 2: Let Us Pray, due out August 23rd via G.O.O.D. Music.