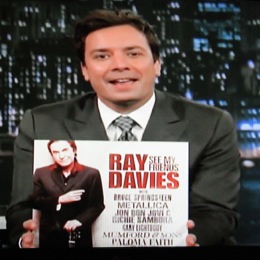 And if you’re still feeling nostalgic after the Fallon performance, check out See My Friends to hear a host of classic Kinks tunes with a modern spin. With guests like Bruce Springsteen, Jon Bon Jovi, Spoon, Billy Corgan, and some other surprises, it’s not a bad way to fill the void where The Kinks used to be.