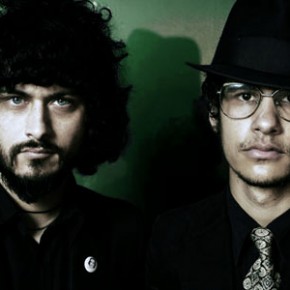 A band doesn’t get to be a part of the 15 Hottest Summer Tours of 2011 by merely being good. In the case of The Mars Volta, they made the list because along with wowing live crowds everywhere with their extensive back catalog, the rockers are offering up new material from their upcoming and as yet detail-less sixth album.

During a July 3rd show in Helsinki, Finland, TMV took to the stage at Circus for an 80-minute set, 60 of which was apparently made up of all new material. Courtesy of Antiquiet, three such tracks are available for HQ viewing below: “Im Not Running Away”, “Trinkets Pale The Room”, and “Walk The Plank”. Each is a killer example of what’s hopefully to come and another reason to check them out on the road.

And speaking of touring, the band will return from Europe later this month for a chunk of U.S. dates supporting Soundgarden before heading to Australia, China, and Japan in August. Check out the entire list of dates below — after taking a peep at all three performances, of course.

“I’m Not Running Away”