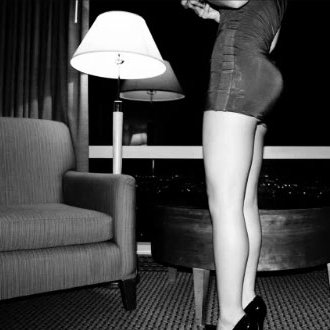 Abel Tesfayes R&B project The Weeknd has baffled the Internet for a good six months now. His spectacular debut album House of Balloons dropped out of nowhere, and it wasn’t until weeks later before we learned of his name. Until last night, Tesfaye has never even played a live show, yet he’s already been booked to perform at Drake’s upcoming OVO Festival, not to mention he’s set to appear on the rapper’s sophomore LP. Hell, for a while we didn’t even know what the guy looked like, let alone that he was Canadian.

Our most proper introduction to Tesfaye yet came last night at the Mod Club in Toronto. His live debut, the 21-year old crooner performed his lascivious jams to an at-capacity crowd, which was rumored to include the likes of Drake, Diddy, even Bieber. Below, you can watch clips from the performance; though clearly nervous at times, Tesfaye and his vocals are no joke. Between him and OFWGKTA’s Frank Ocean, it’s like R&B just scored themselves the top two rookies in music, only these guys have already scored more than LeBron.