David Guetta – Nothing But The Beat 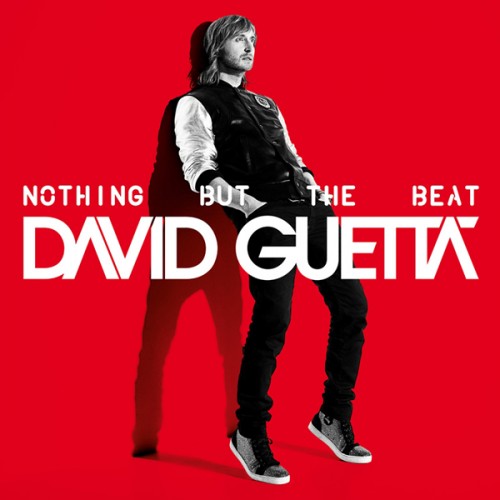 French DJ and producer David Guetta‘s 2009 album One Love consisted mostly of club bangers like “Sexy Bitch” featuring Akon, and “Memories” with Kid Cudi. Guetta’s latest record, Nothing But the Beat, similarly packs in Top 40 contenders, but features an instrumental disc to appease older listeners who knew Guetta first and foremost as a club DJ. It’s surprising, then, that Guetta cites the soaring music of Coldplay as his inspiration for this album. Like One Love, Nothing But the Beat is about what gets people moving on the dance floor.

Guetta—with a little help from his guest artists—has had almost three decades of experience creating perfect pop songs. Take his remix of Snoop Dogg’s “Sweat”, for example: Guetta keeps Dogg’s echoing deadpan delivery but replaces an almost dub instrumental base with hard beats and swooshing synthesizers. This doesn’t necessarily make the track better, but more catchy and thus successful. The same goes for Nicki Minaj’s “Turn Me On”, whose skipping beat and screaming synths are more recognizable as quintessential techno. Some tracks, like “I Just Wanna Fuck”, fall flat. With female singer Dev and producer Timbaland’s production and vocal contributions, it could have been another “Promiscuous”; instead, Dev’s stuttering against pogo-stick synths are irritating. And it’s hard to get past lines like “A girl, you’re my B girl/C girl, I got this D girl/Want me to spell it out?/I’ll make it easy/I’ll have you yelling out/Your A, B, C, Ds”.

You can hear the origins of Guetta’s career, and why he’ll never sound like the lighter-waving arena rock to which he aspires, on the second disc. “Lunar”, which Guetta co-produced with Dutch DJ Afrojack (whose resume includes Pitbull’s “Give Me Everything” and “Run the World (Girls)” by Beyonce) sounds like TRON: Legacy-era Daft Punk. Another instrumental track featuring Swedish producer Avicii, “Sunshine” sounds more like the Guetta most Americans know and love, building and breaking down like a Billboard chart-topper. That’s what Guetta does best, and hopefully what he’ll stick to on future endeavors.