Jim Ward – Quiet in the Valley, On the Shores the End Begins 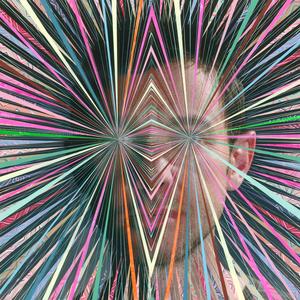 Jim Ward was a founding member of At the Drive-In, arguably one of the best rock acts to come out of the late 90’s. His rhythm guitar and guttural scream created a solid foundation for Omar Rodriguez-Lopez and Cedric Bixler-Zavala’s drug-fueled freak-outs. After the drugs took over and the band dismantled, Ward created the above-average rock outfit Sparta. When that band fell by the wayside, he retreated back home to Texas and switched musical gears for the quieter, more Texas-like world of alt-country. The hope that the success and creativity of his previous ventures would bleed into this new folk country realm is unfortunately not realized on his first full-length solo effort, Quiet in the Valley, On the Shores the End Begins.

Quiet in the Valley.. is an amalgamation of his “acoustic trilogy” EPs released between 2007 and 2011. The songs all run a line of predictable folk country that offers few surprises as the album goes on. Opening track “On My Way Back Home” is a highlight and, coupled with later track “My Town”, shows Ward’s love and appreciation for both his roots and his hometown of El Paso. The latter track is a beginner’s guide to the town, with a play-by-play of the area’s history and landmarks. All the songs that follow use nearly the same up-down-up-up strum of traveling songs we’ve heard before, and it becomes incredibly monotonous. Ward tries to change it up with some high-pitched, plinky piano and muted trumpet on instrumental track “Lake Travis”, but the end result is the same egg shaker and guitar of the rest of the album.

Ward’s voice takes on an odd Jeff Tweedy-meets-Chris Martin mixture throughout the album that is a bit off-putting if you dote on his rock past. However, it isn’t necessarily a bad change. It fits the acoustic-driven ballads fairly well, but in the end, it just seems like he’s trying too hard to play the part of a high plains troubadour. Also, his hushed tone throughout makes you wish he would step back from the microphone and give us a bit of a scream to add some darkness to the dusk-light feeling that permeates the album.

Ward’s effort isn’t a total wash, as there are a few decent songs here, but when trying to listen to the album as a whole, everything melds together into one mishmash of pretty standard folk. It’s nothing you should run screaming from, but at the same time, anything that can easily be considered “background music”—as this album is—isn’t something you should come running toward, either.