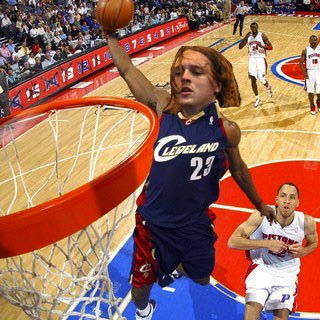 Amazing news: Arcade Fire leader and noted hoopster Win Butler will show off his crossover at an upcoming four-on-four basketball tournament. As Exclaim! reports, Butler and City & Colour frontman Dallas Green have both agreed to participate in the second annual Rock the Court. Set to take place September 10th at the University of Toronto, the tournament benefits the charity Athletes for Africa and the St. Alban’s Boys & Girls Club.

And it gets even better. The event is not only open to the public, but team registration is still ongoing. So if your dream is to dunk on a 6’3″ Canadian rock star, then click here. A $500 registration fee gives you and seven-11 of your friends access to the celebrity draft, “other great prizes,” and an after-party.

In other news, Chris H. probably won’t be anywhere near the University of Toronto on September 10th.

WinBron via Gorilla vs Bear